E. acuminatus is a large and distinctive leafhopper. Superficially, it resembles E. interruptus in size and shape, but lacks the latter’s bright yellow coloration. In adult males, the wings are roughly as long as the abdomen; in females, the tip of the abdomen protrudes distinctly beyond the wings. Adults are typically 5 - 7mm long, females being somewhat larger than males.

As with all leafhoppers, the hind tibiae have one to three rows of spines running along the entire length. E. acuminatus has a keel (raised ridge) on the vertex in the form of three arcs, and variably-shaped dark markings against a pale background. The forewings are greyish or dirty yellow with dark brown patches.

E. acuminatus is found predominantly in grassy or herb-rich clearings and margins in woodlands and forests. It is rare to find more than a few individuals.

Females lay eggs in the autumn and nymphs emerge the following spring. Nymphs moults five times before emerging as adults. Adults can be found between June and September.

Hainschmuckzikade
Source: Taxon list of Auchenorrhyncha from Germany compiled in the context of the GBOL project 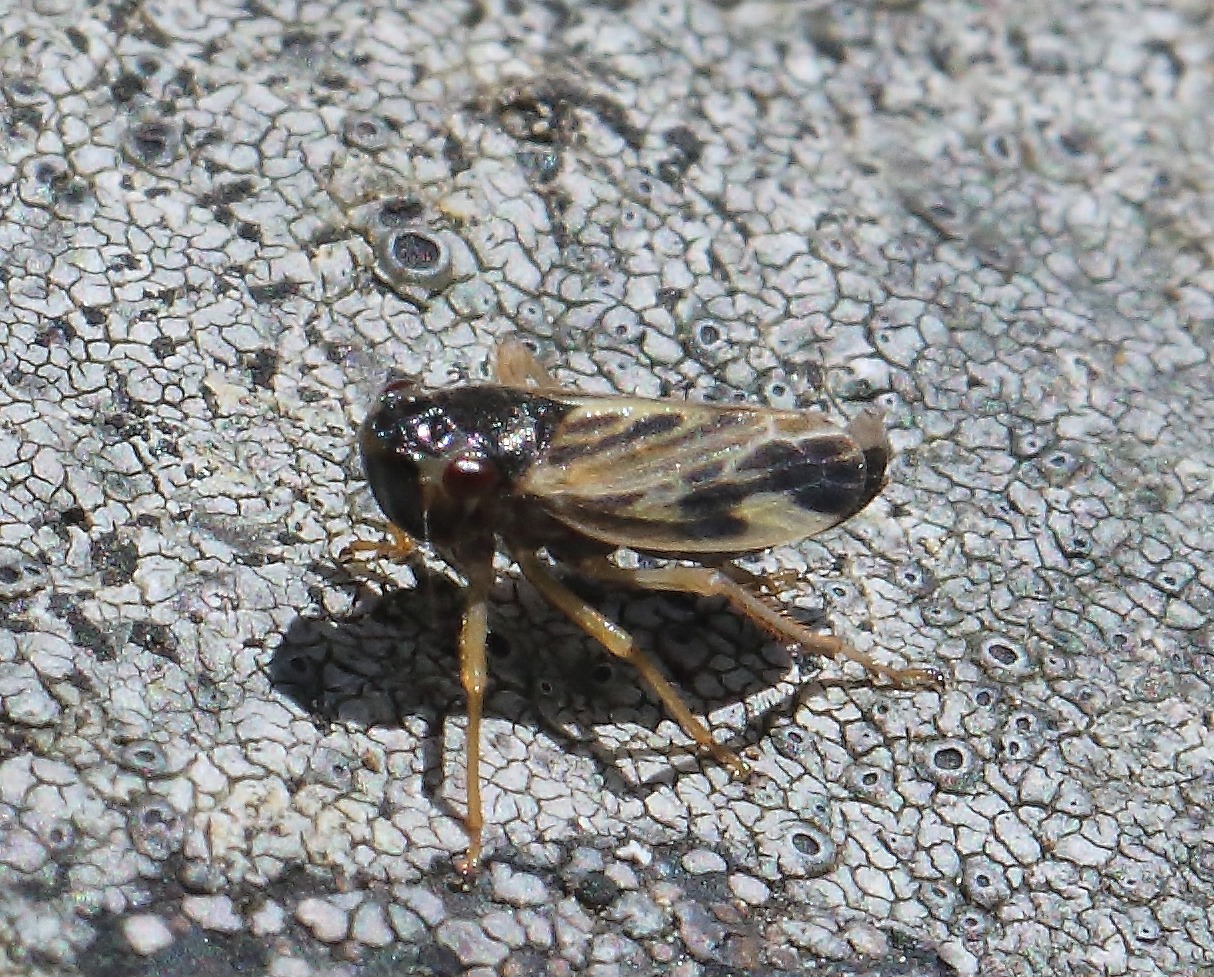 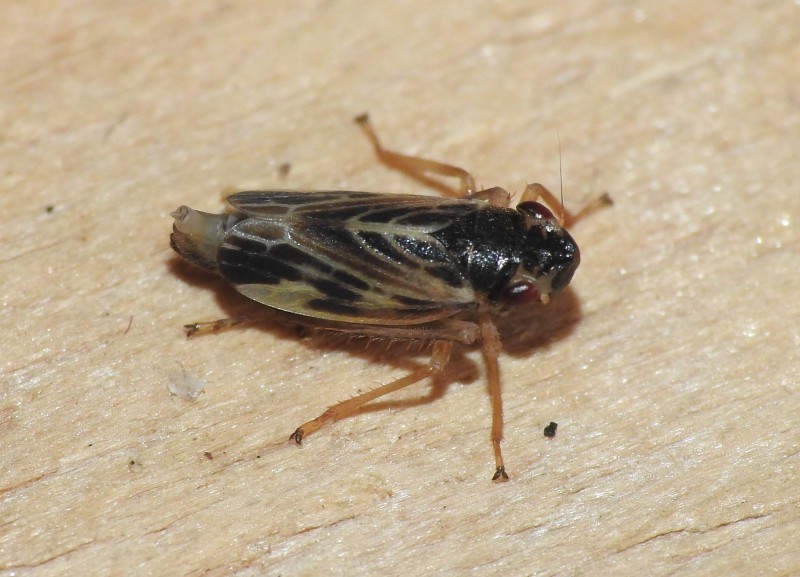 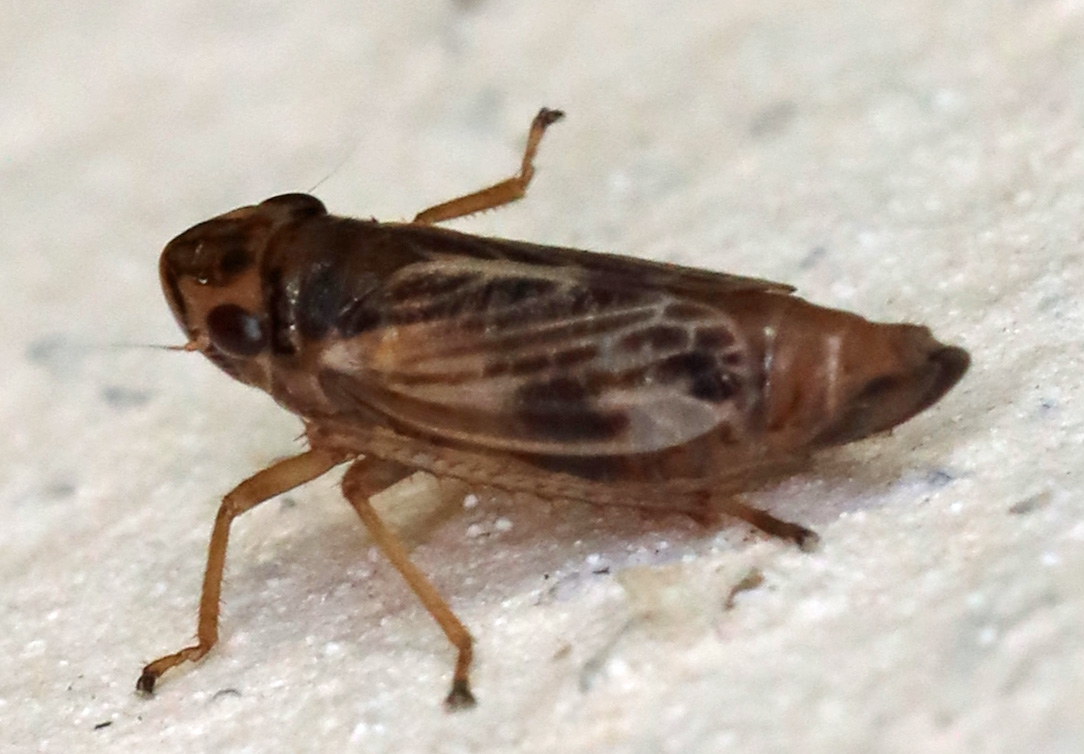 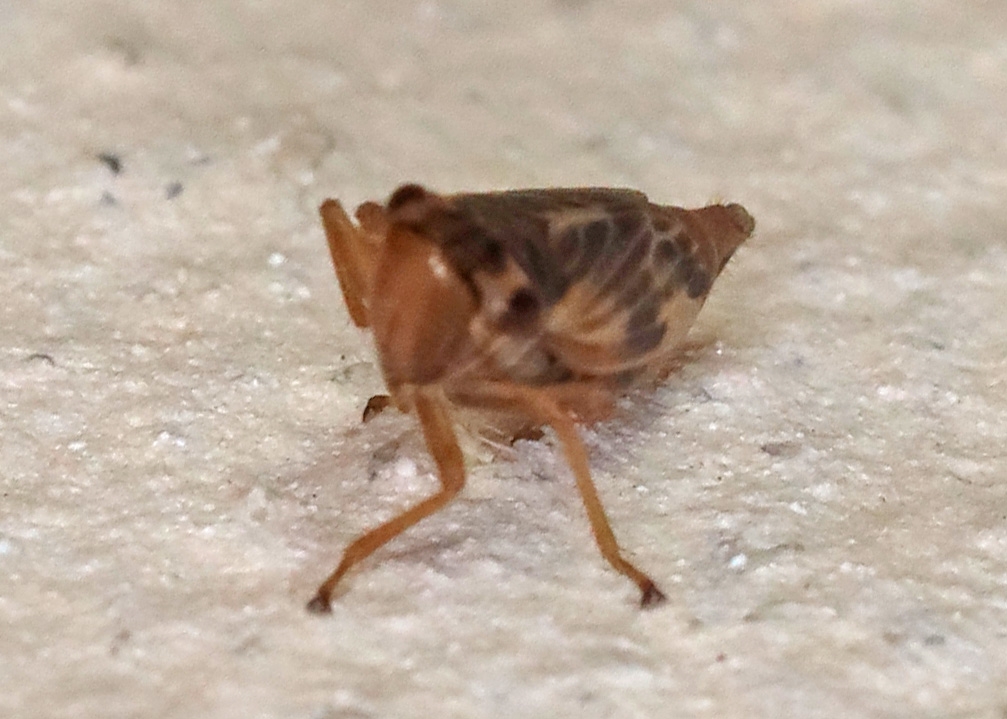 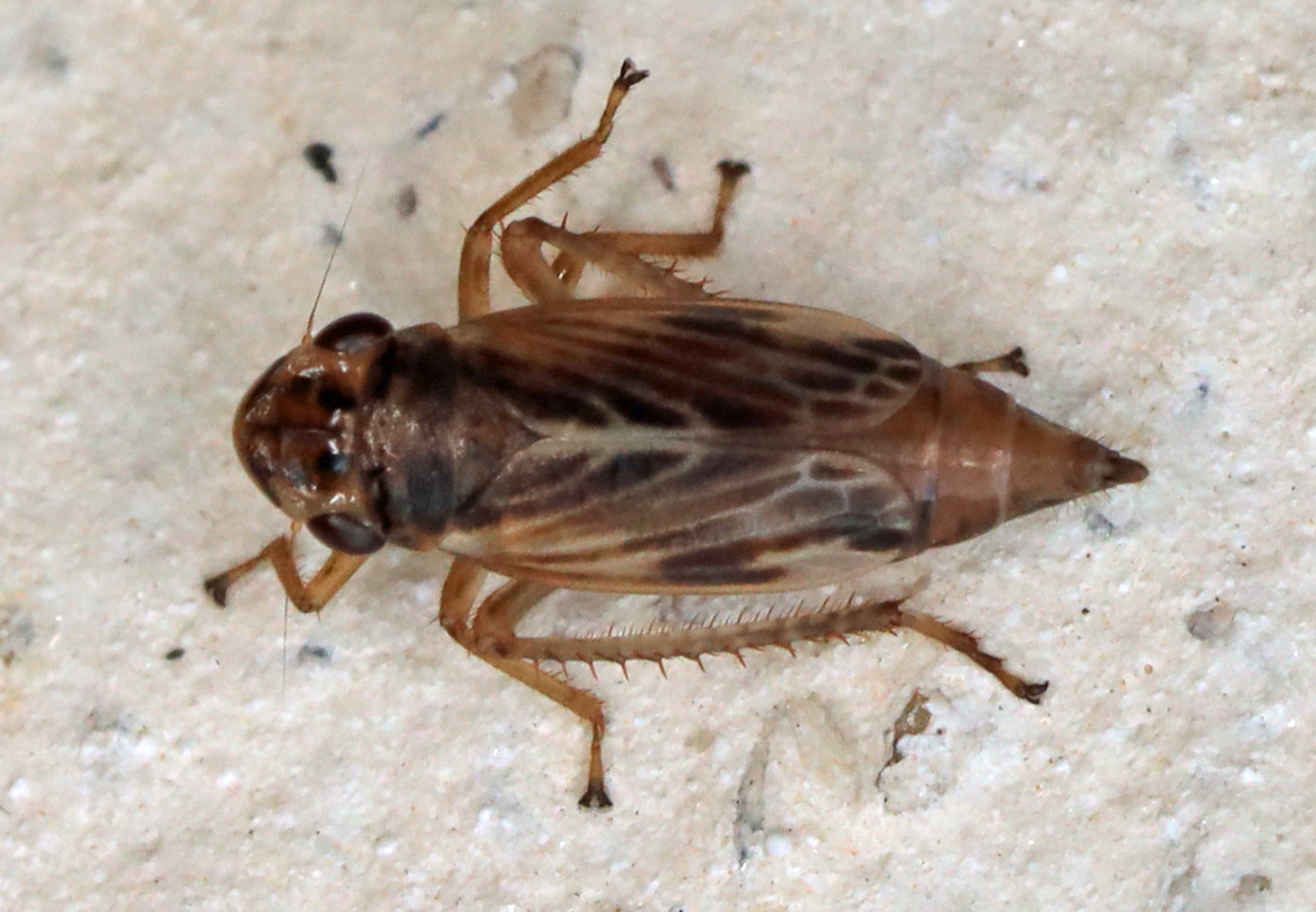 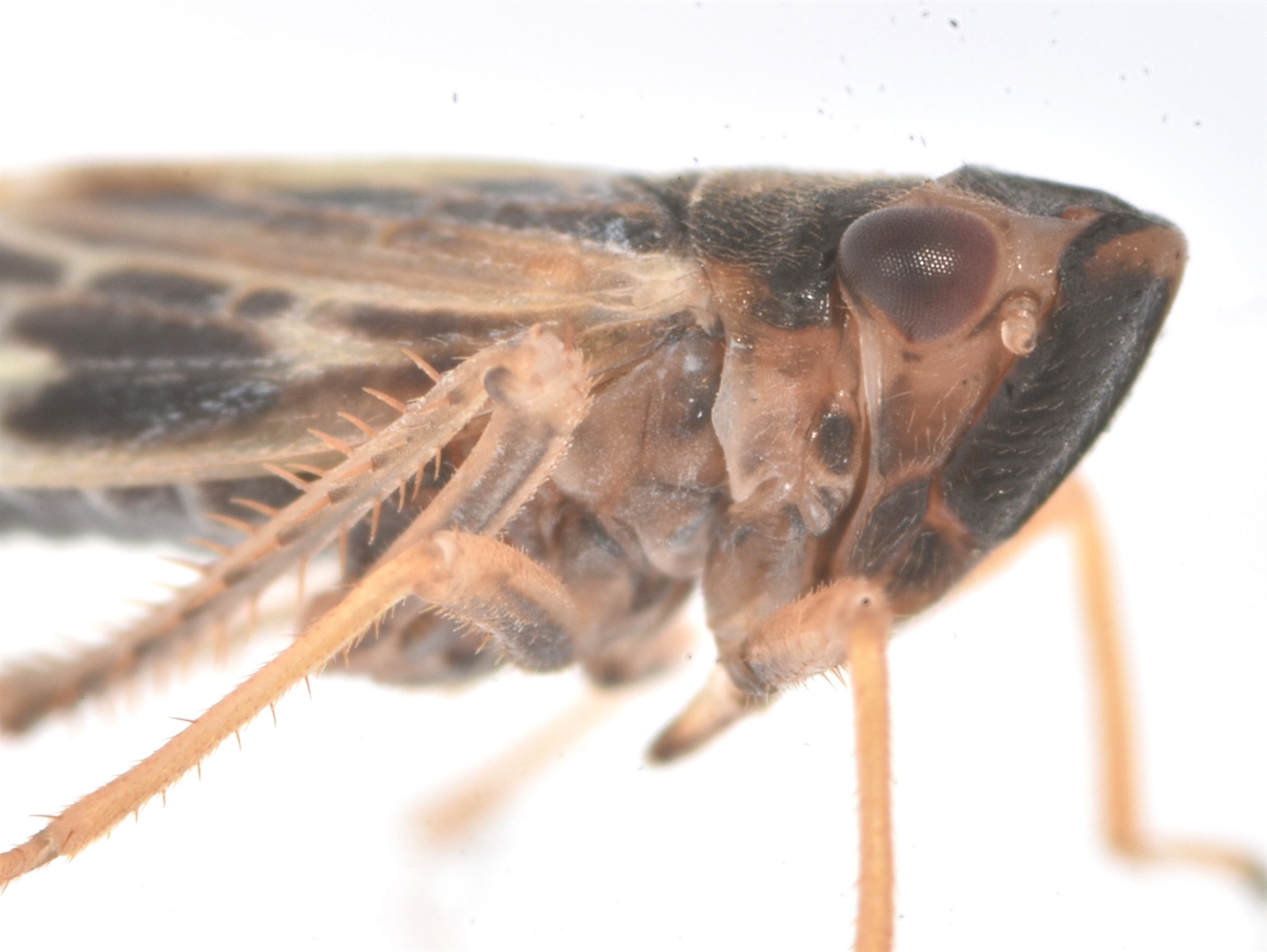 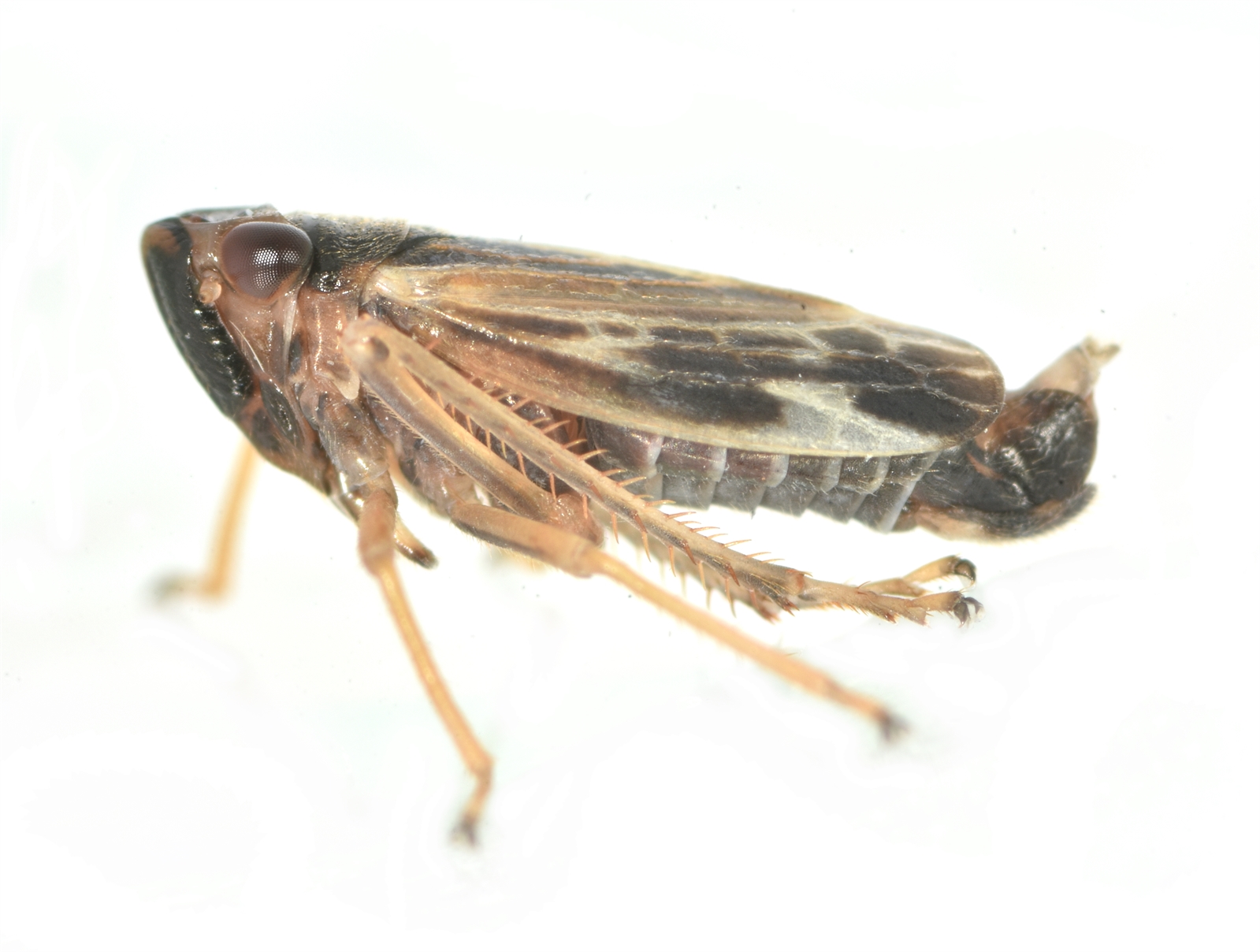 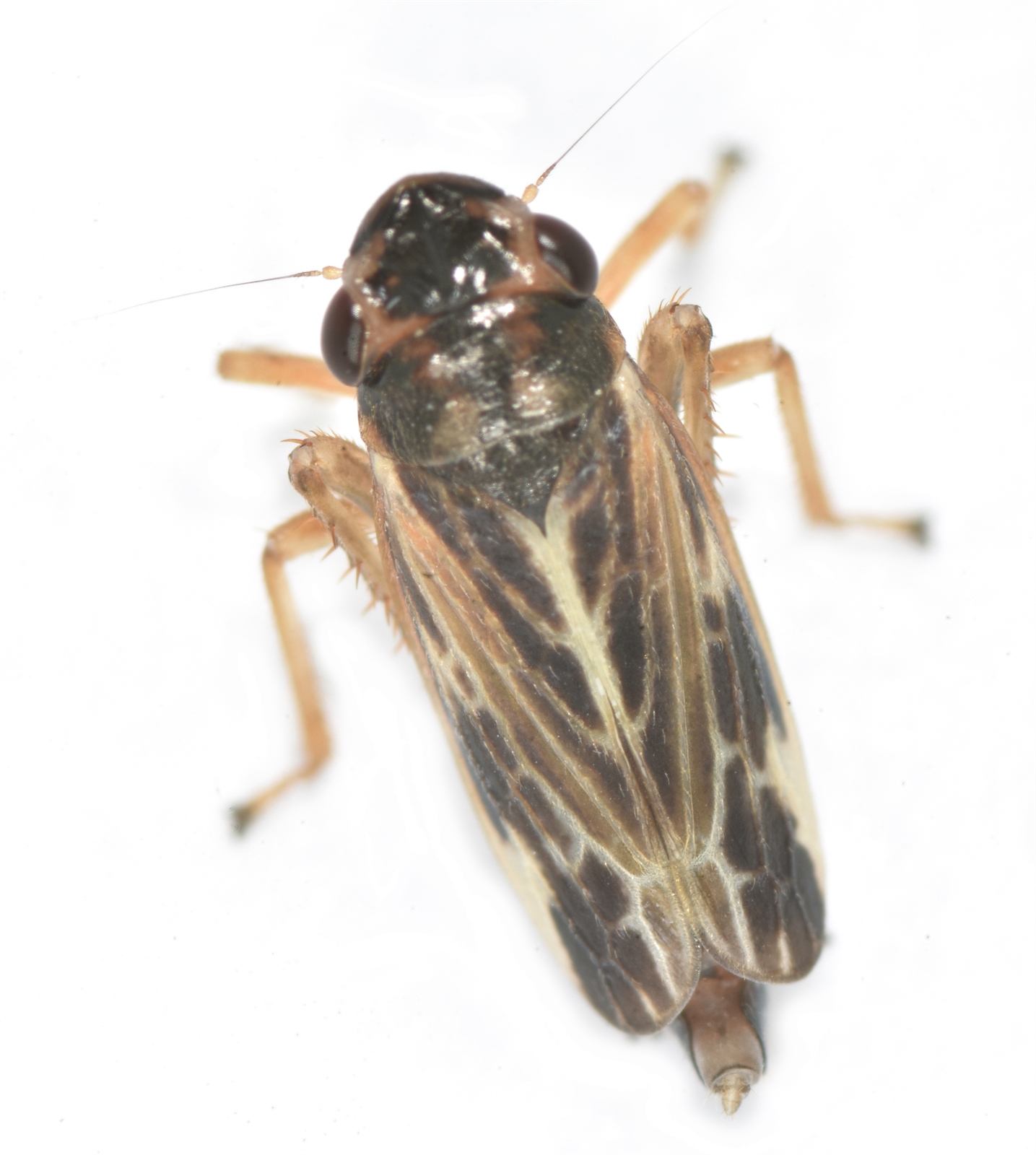 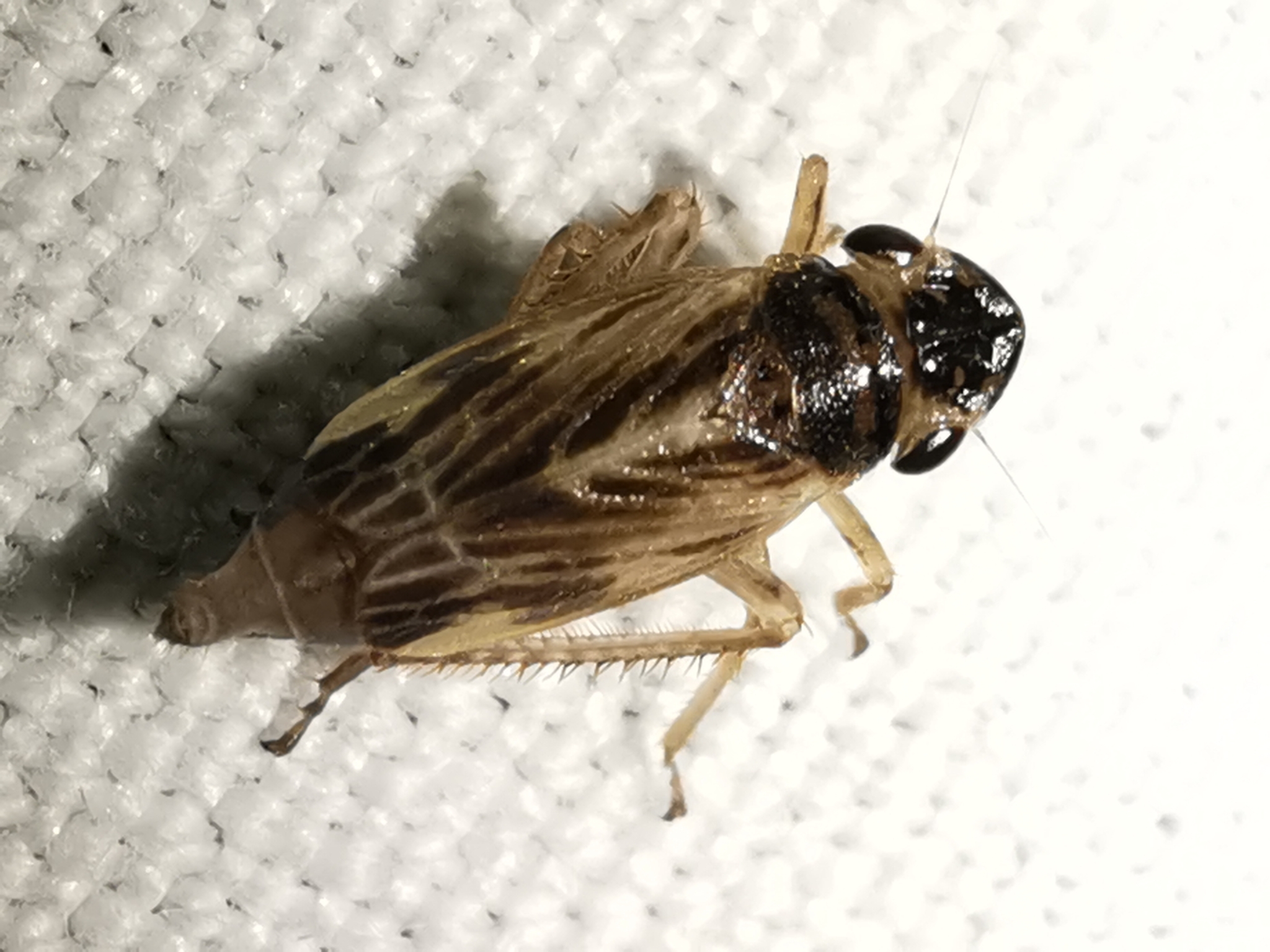 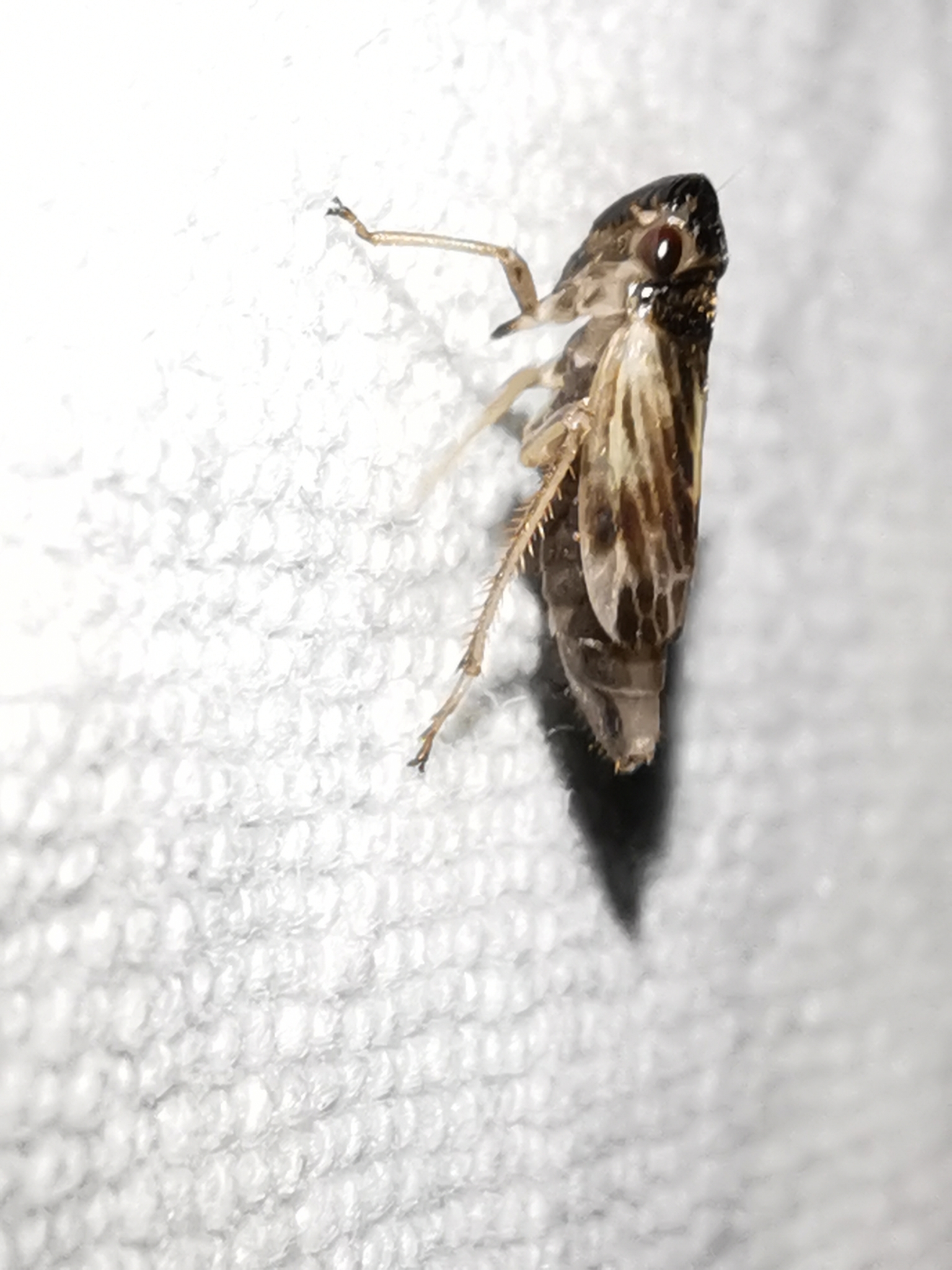 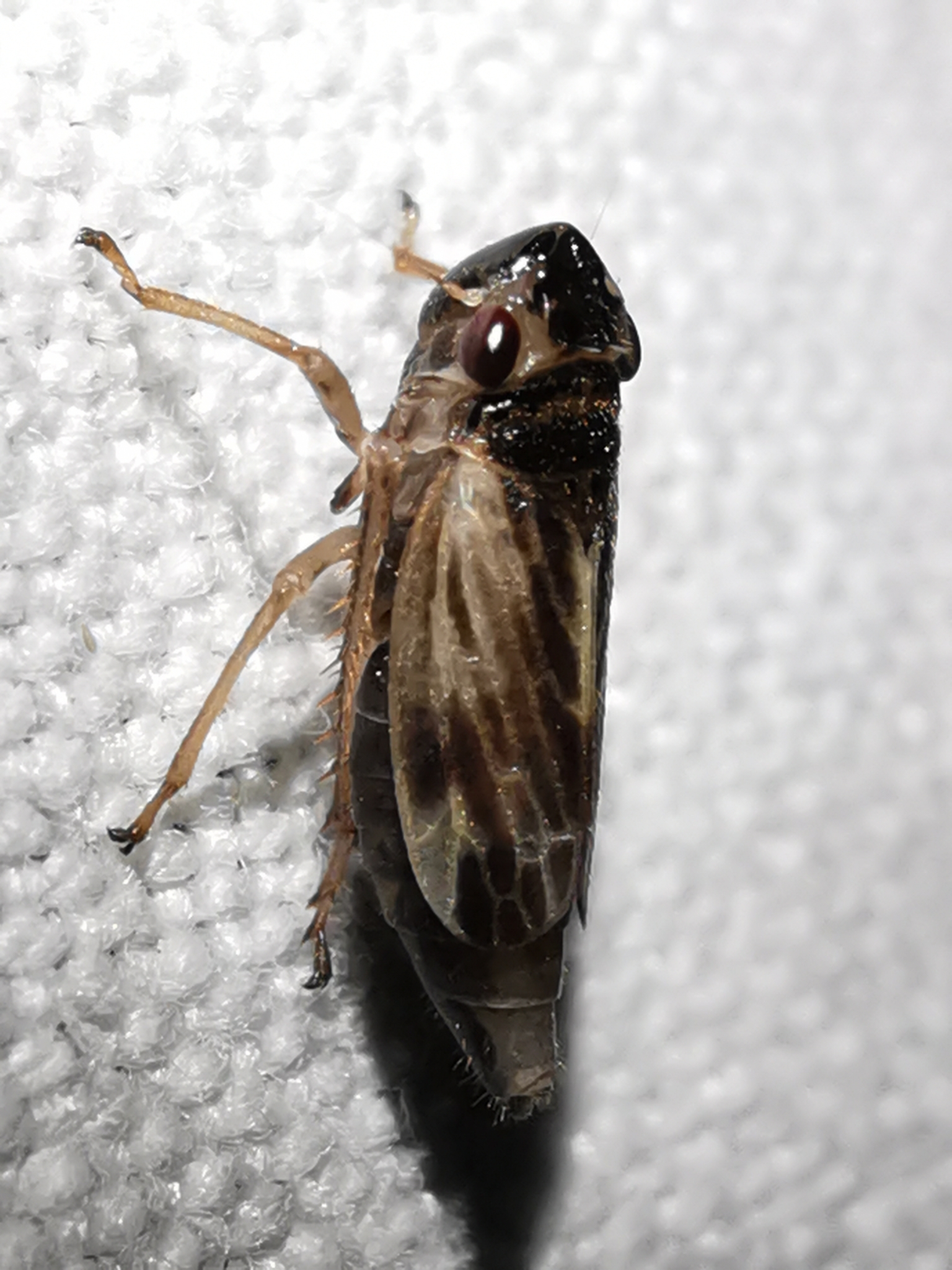 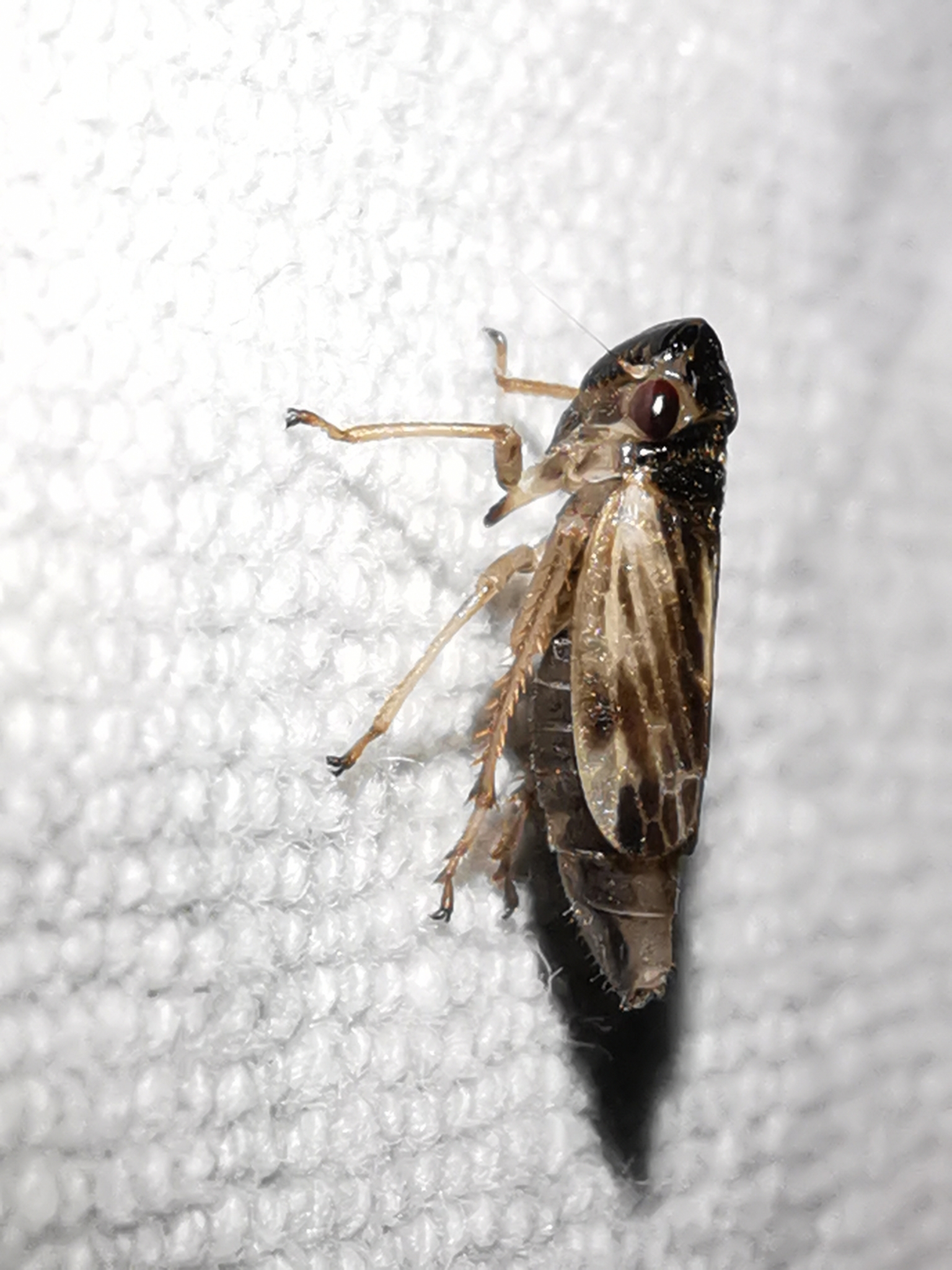 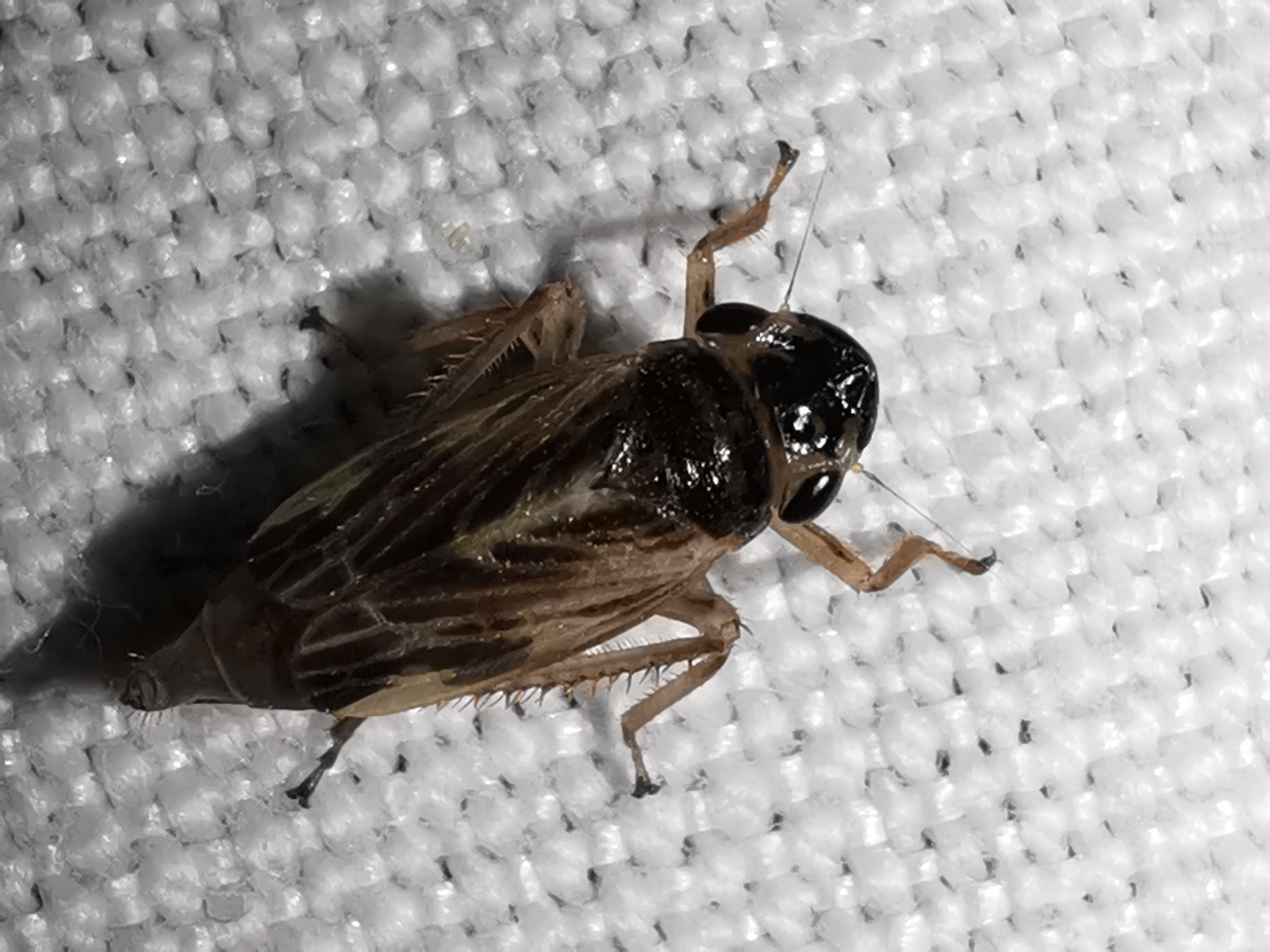 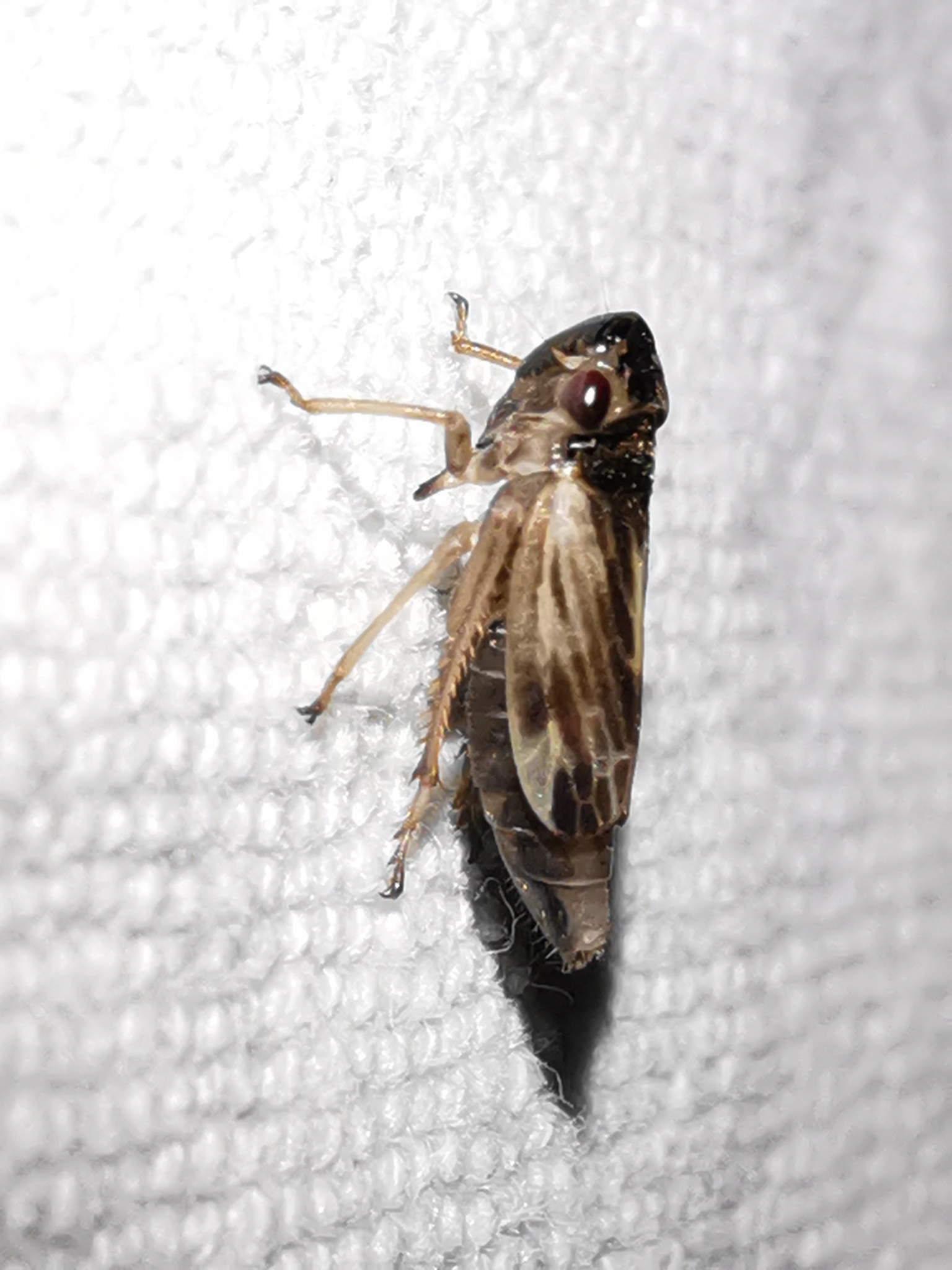 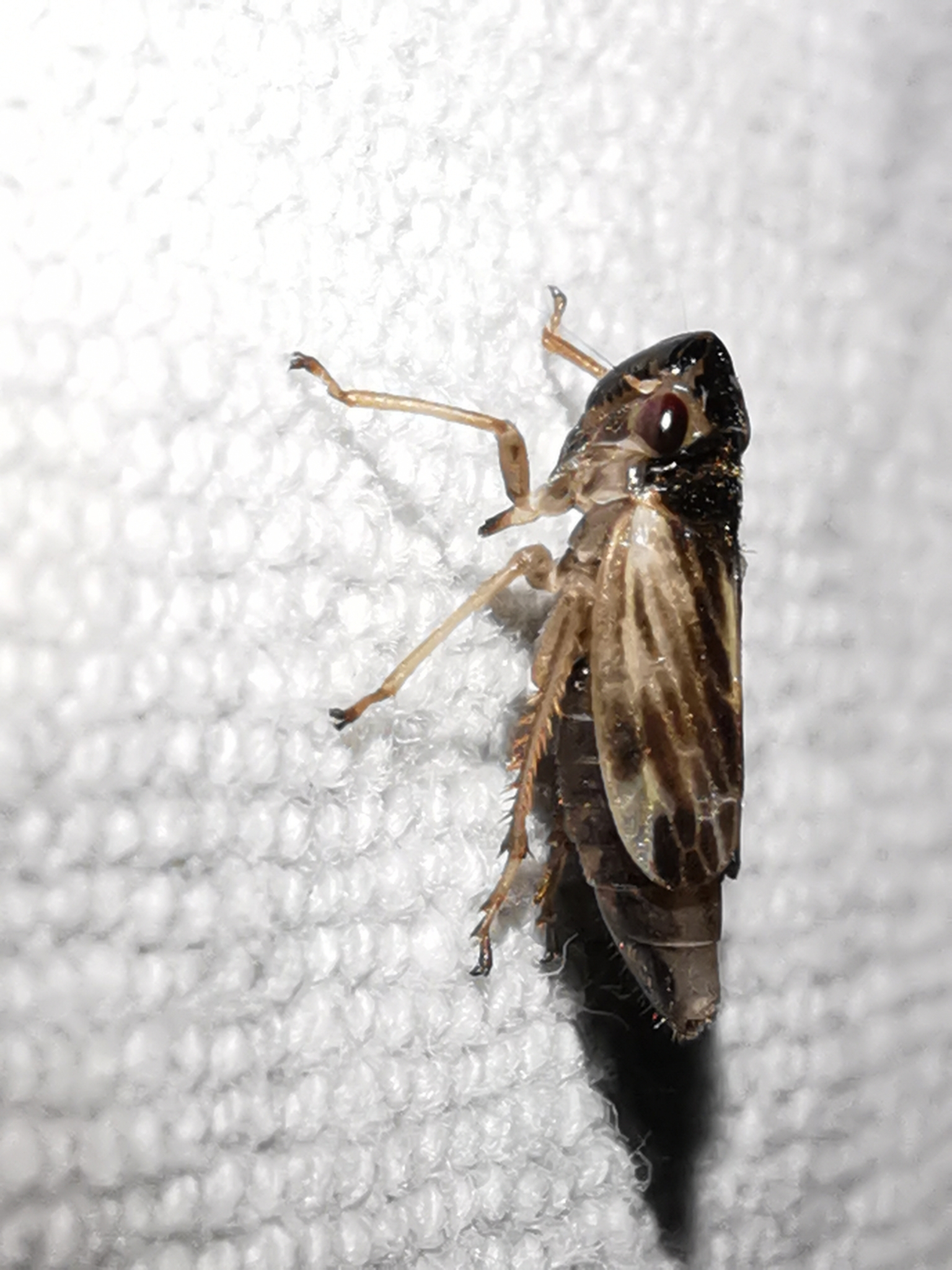 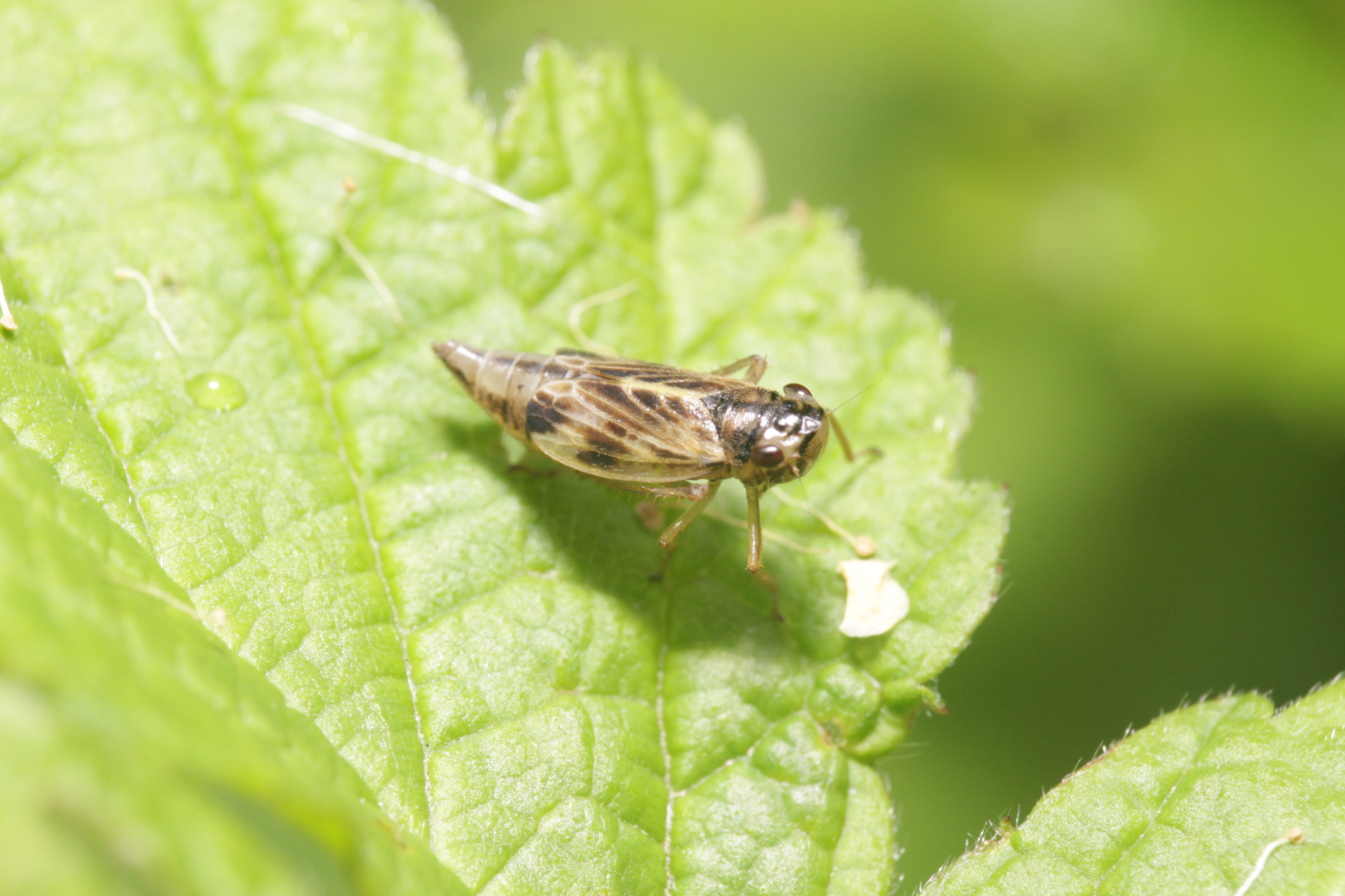 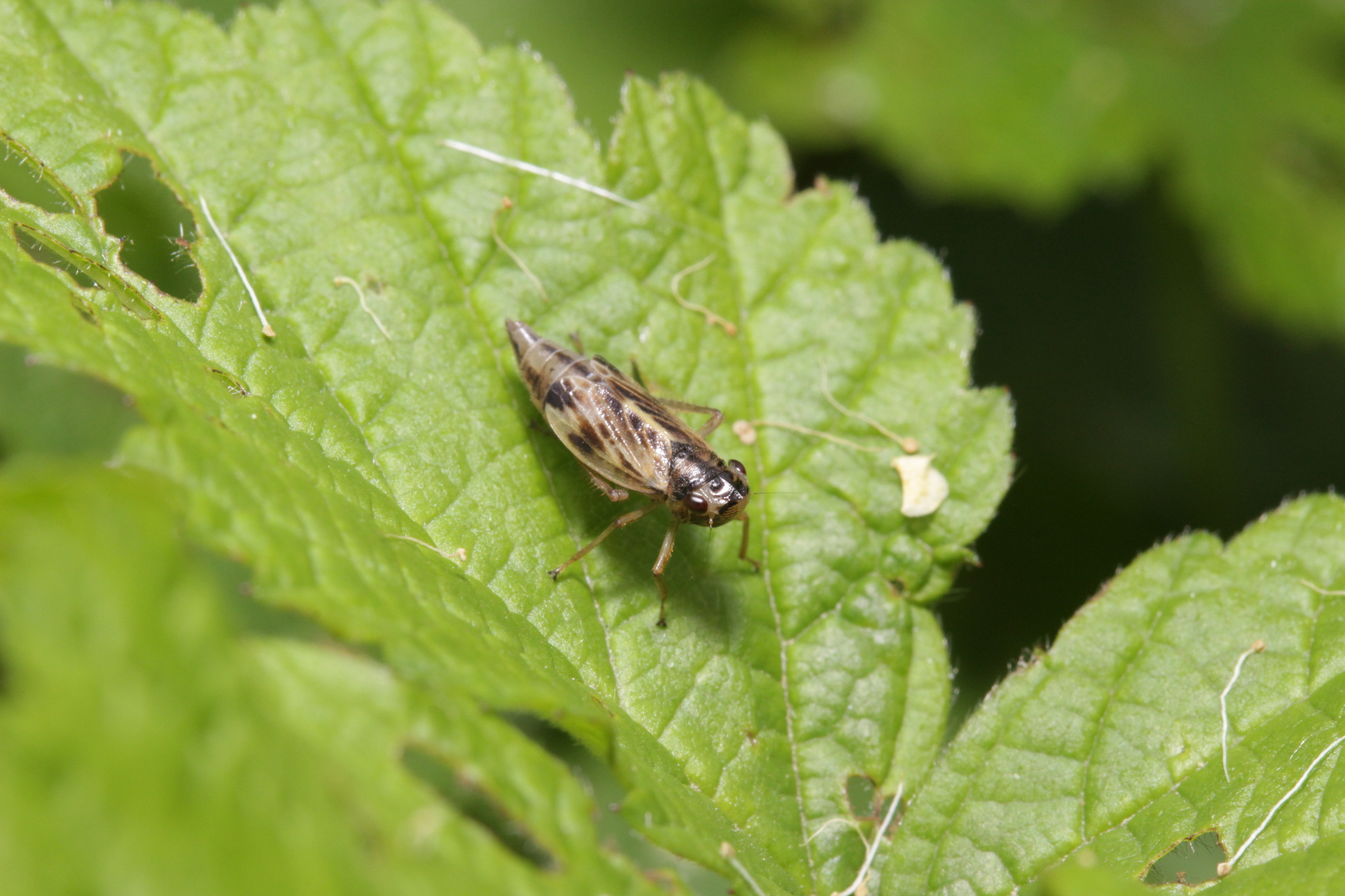 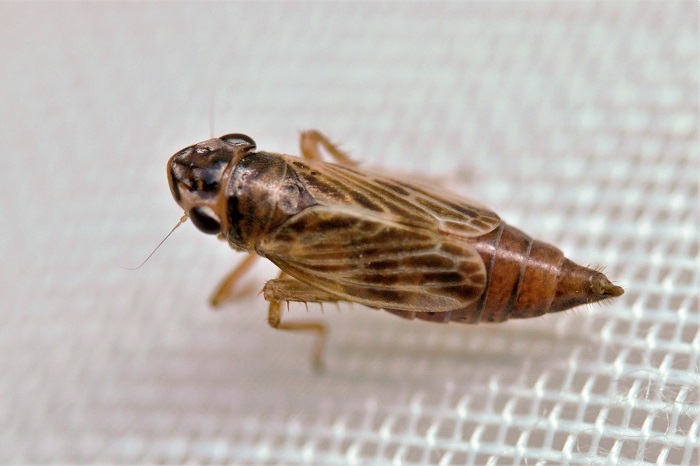 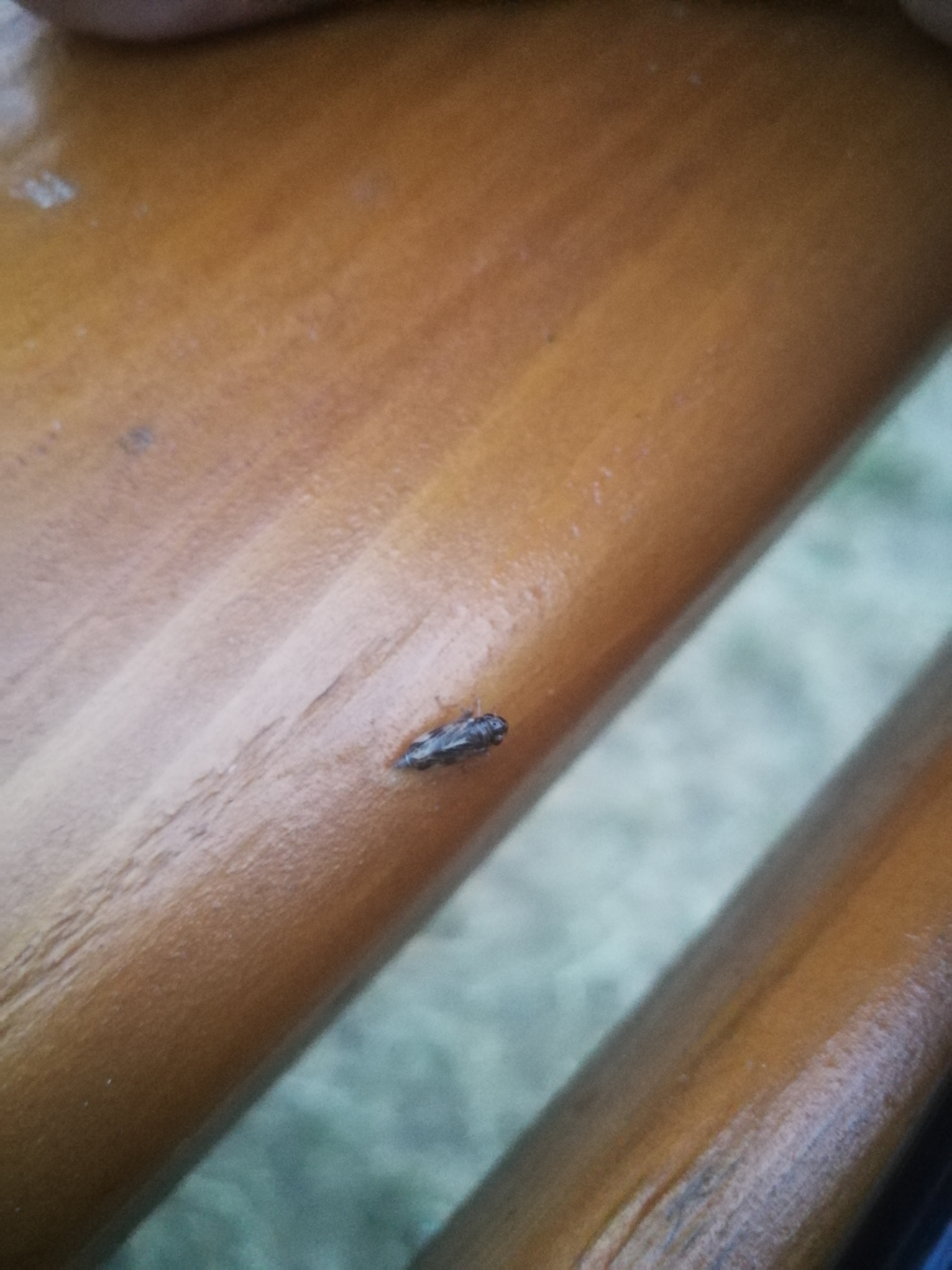 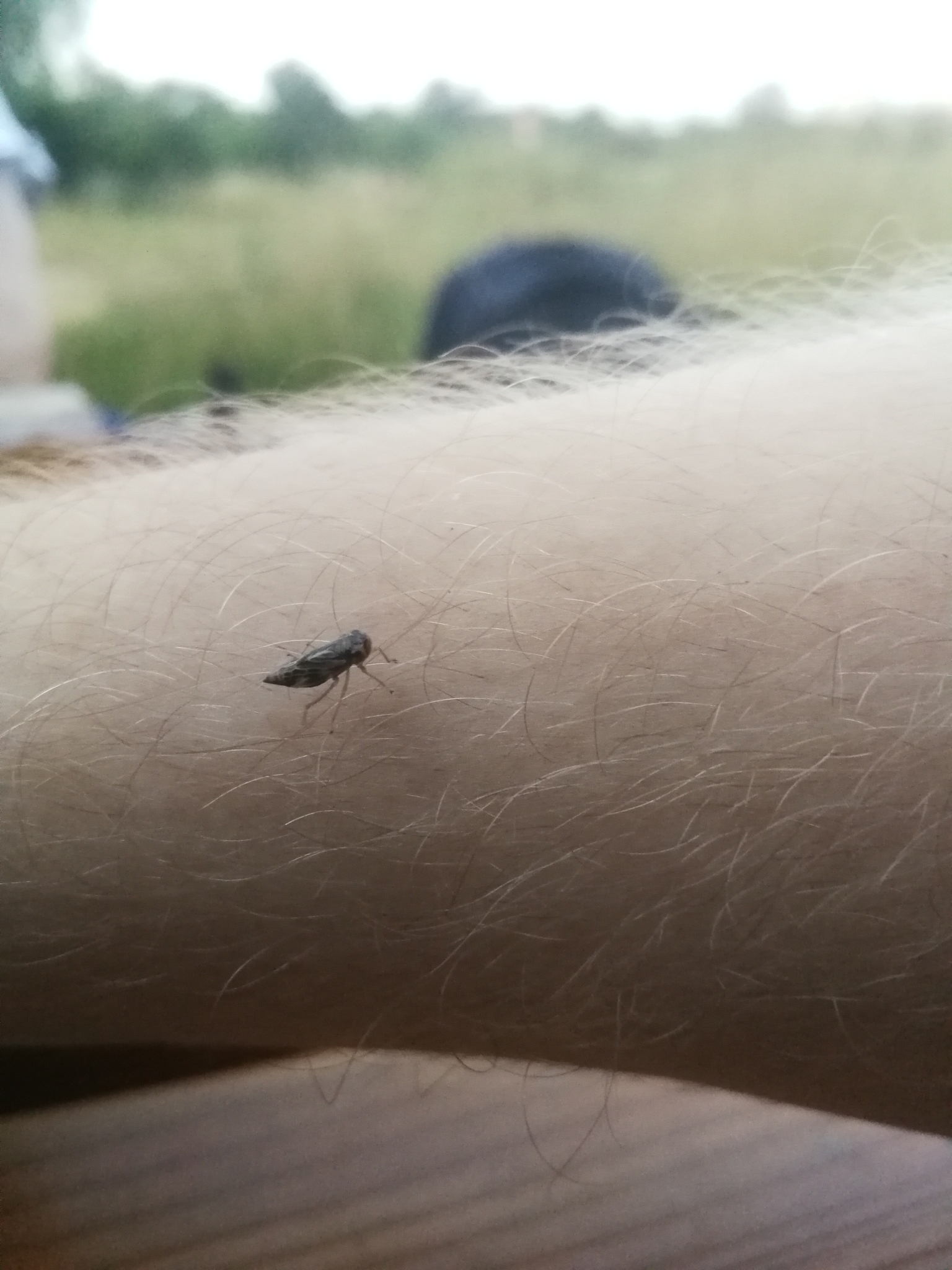 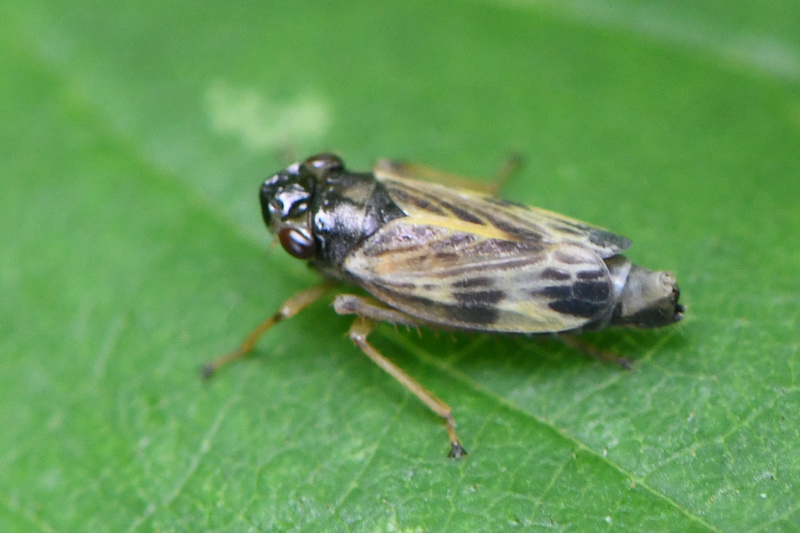 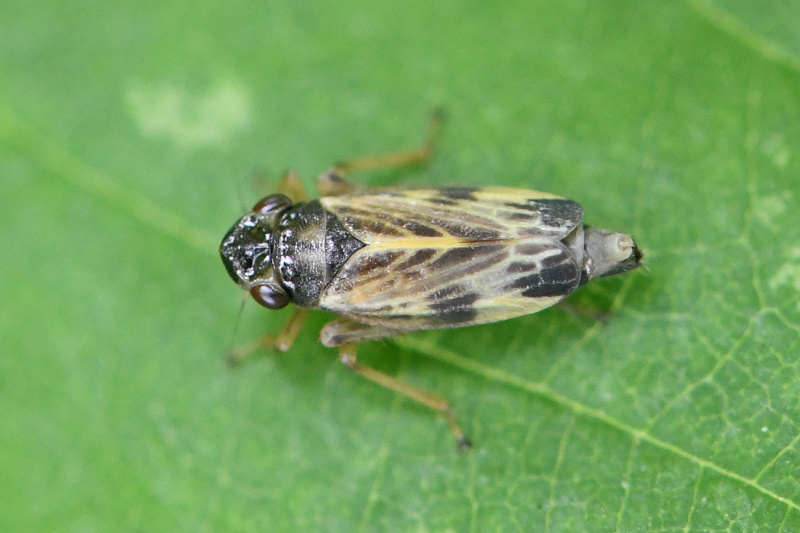 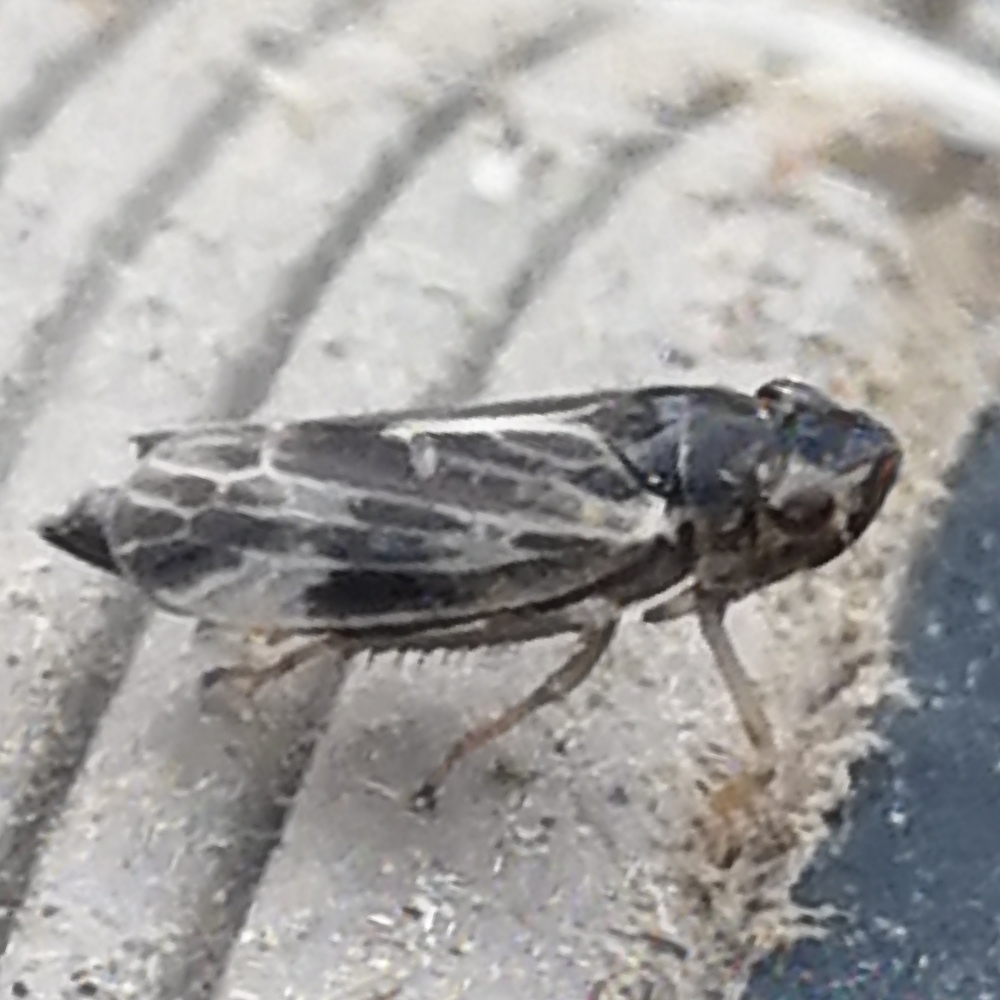 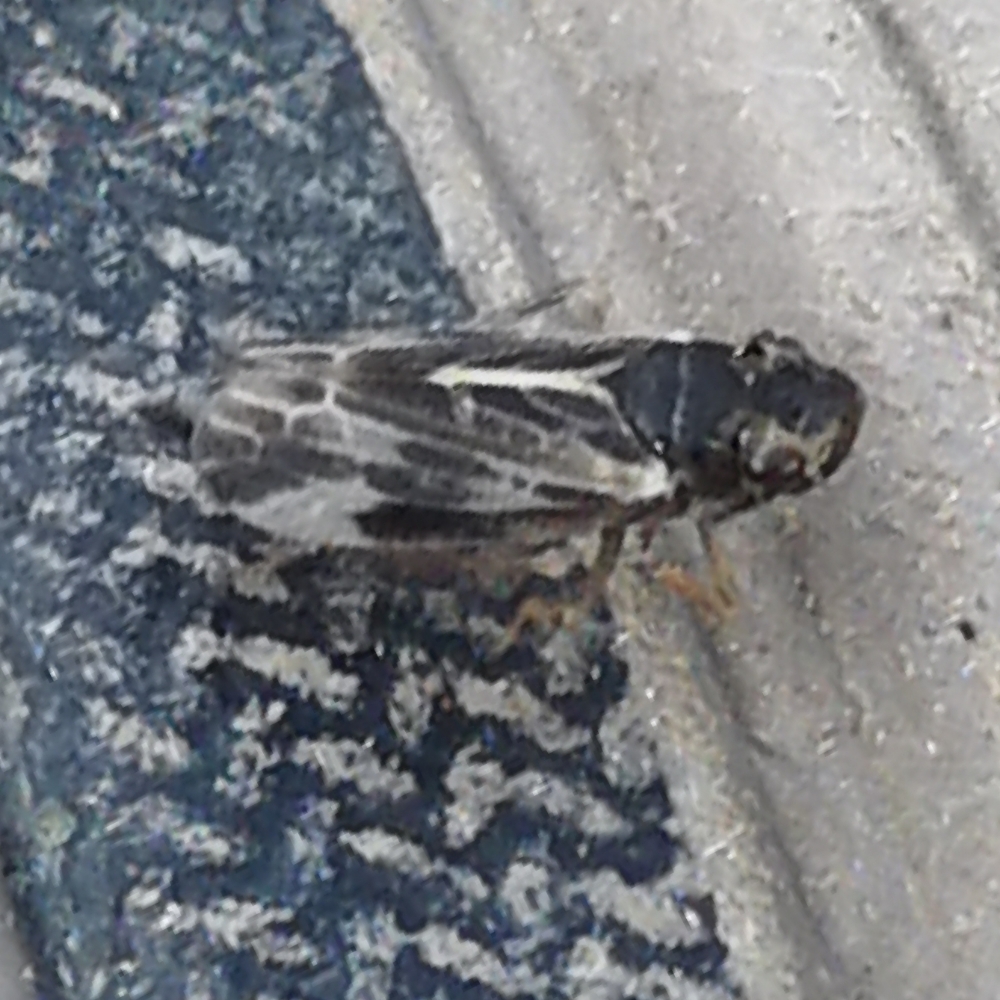 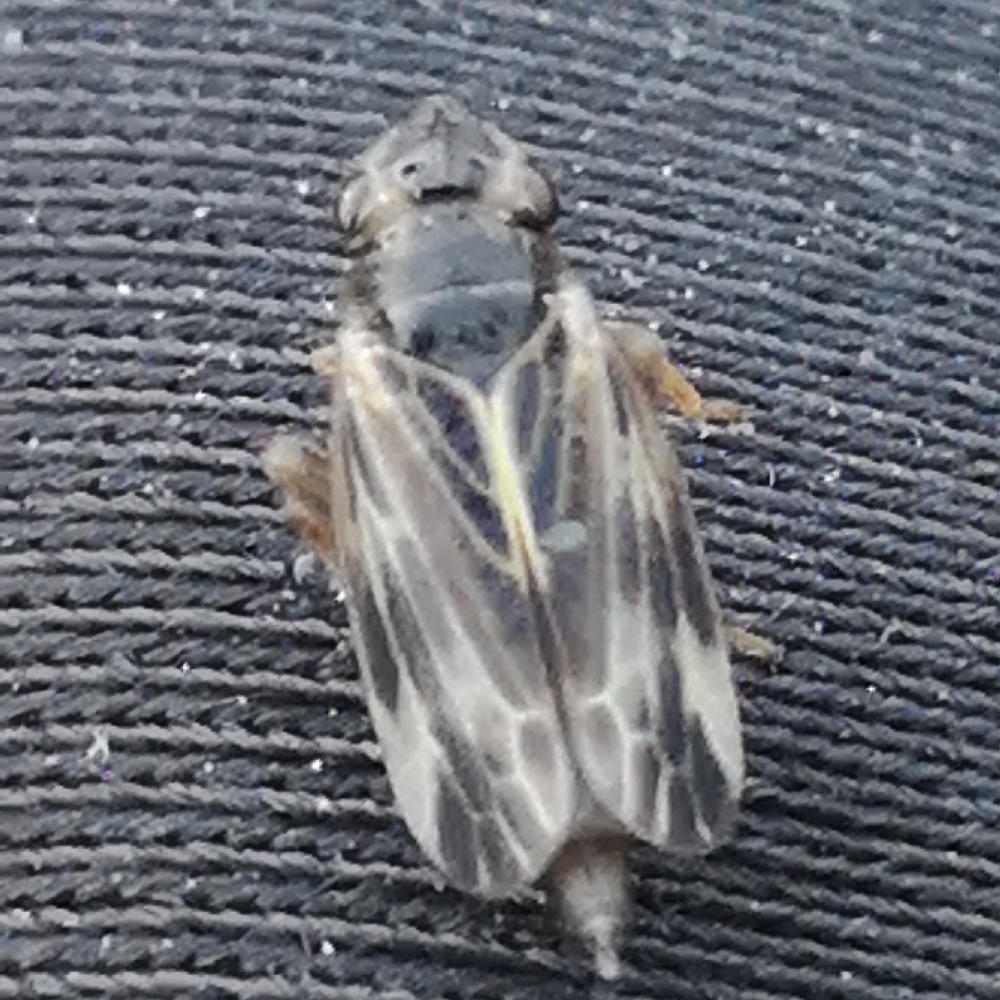 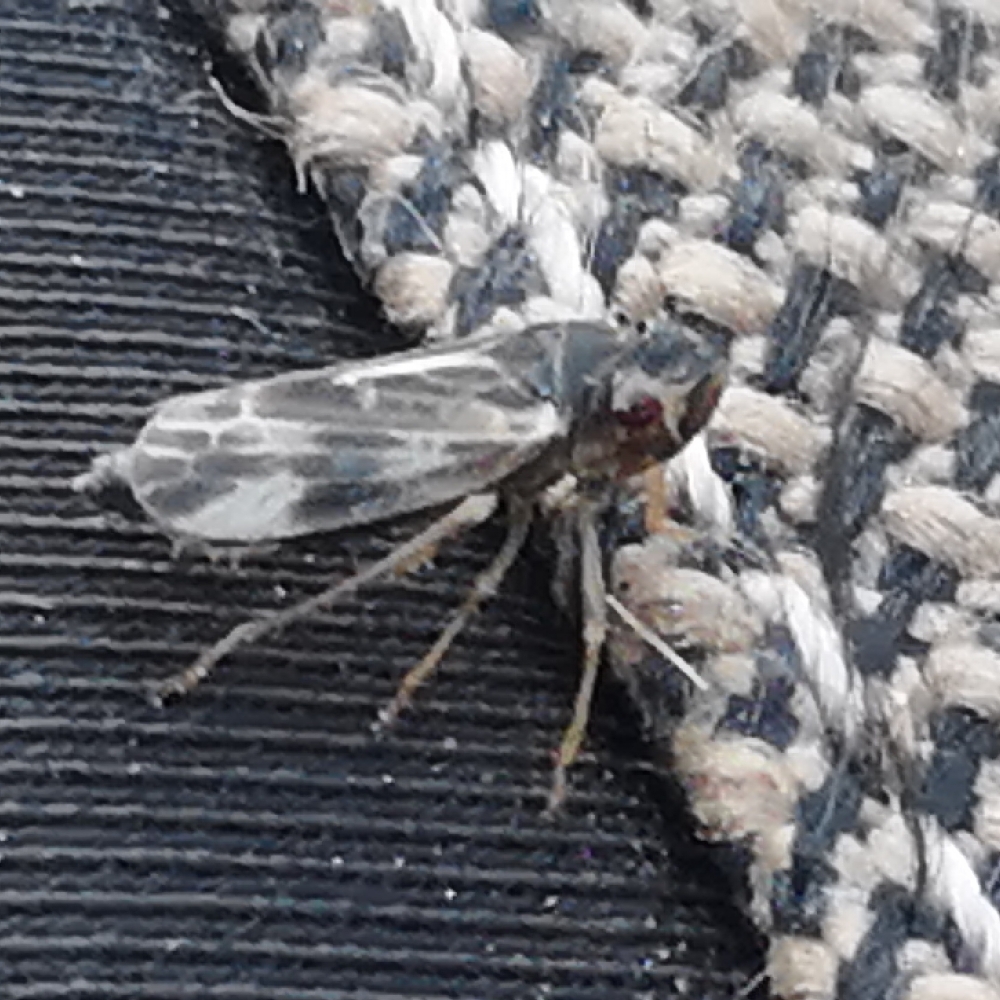 Evacanthus acuminatus is widespread in Britain, with most records from the southern half of England, but it is rarely common.

E. acuminatus feeds on the liquid contents of the xylem vessels of its host plant. As such, it is a potential vector of the bacterium Xylella fastidiosa which has caused the death of many olive trees in southern Europe, although this disease has not been detected in the UK. (Harkin & Stewart 2019) 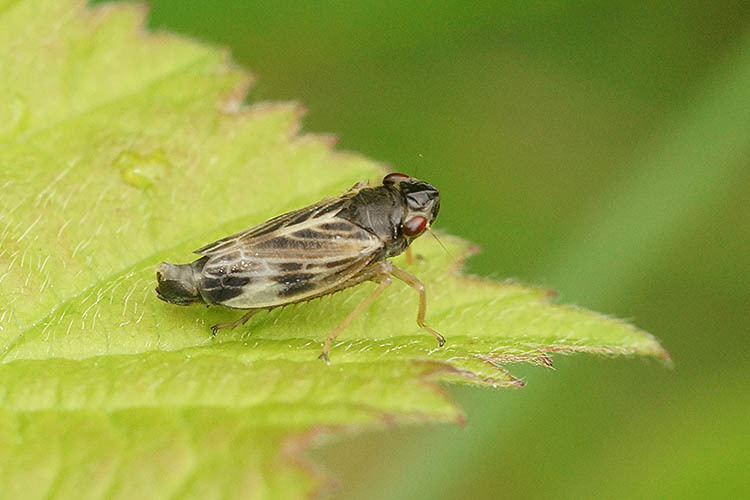