Cercopis vulnerata is one of our largest froghoppers. Adults are 9 - 11mm long and can typically be seen between April and August. Nymphs feed on underground roots so are rarely seen.

As is typical with froghoppers, they have two stout spines on the outer edge of the hind tibia, as well as several smaller spines at the tip.

Cercopis vulnerata is an unmistakable species, with very distinctive red and black colouring.

As with all froghoppers, C. vulnerata feeds on the liquid contents of the xylem vessels of its host plants. As such, it is a potential vector of the bacterium Xylella fastidiosa which has caused the death of many olive trees in southern Europe, although this disease has not been detected in the UK. (Harkin & Stewart 2019) 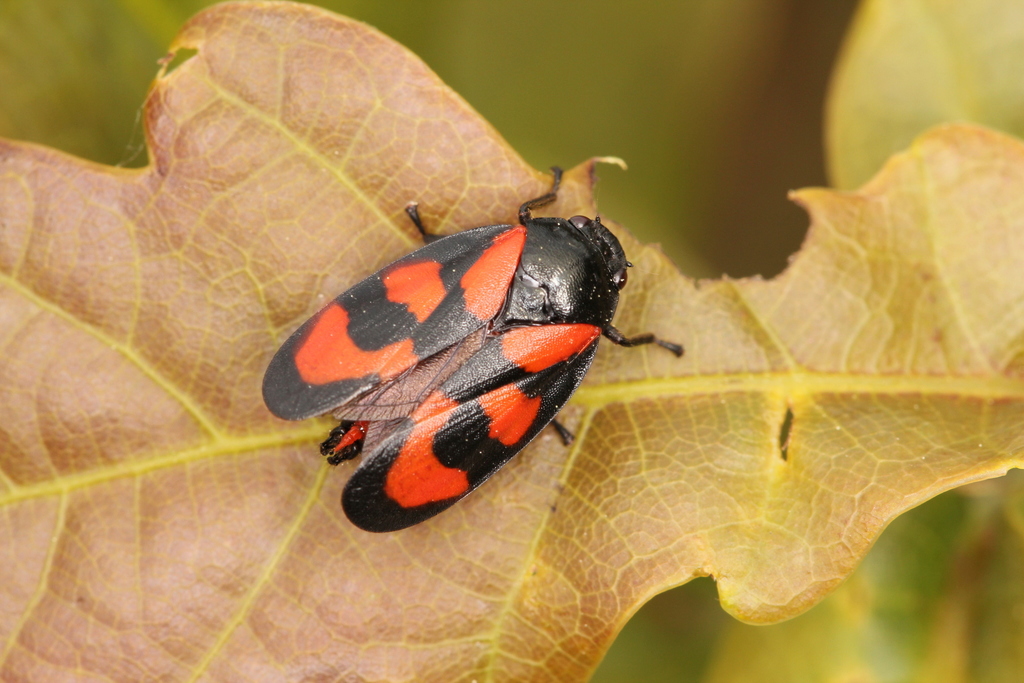 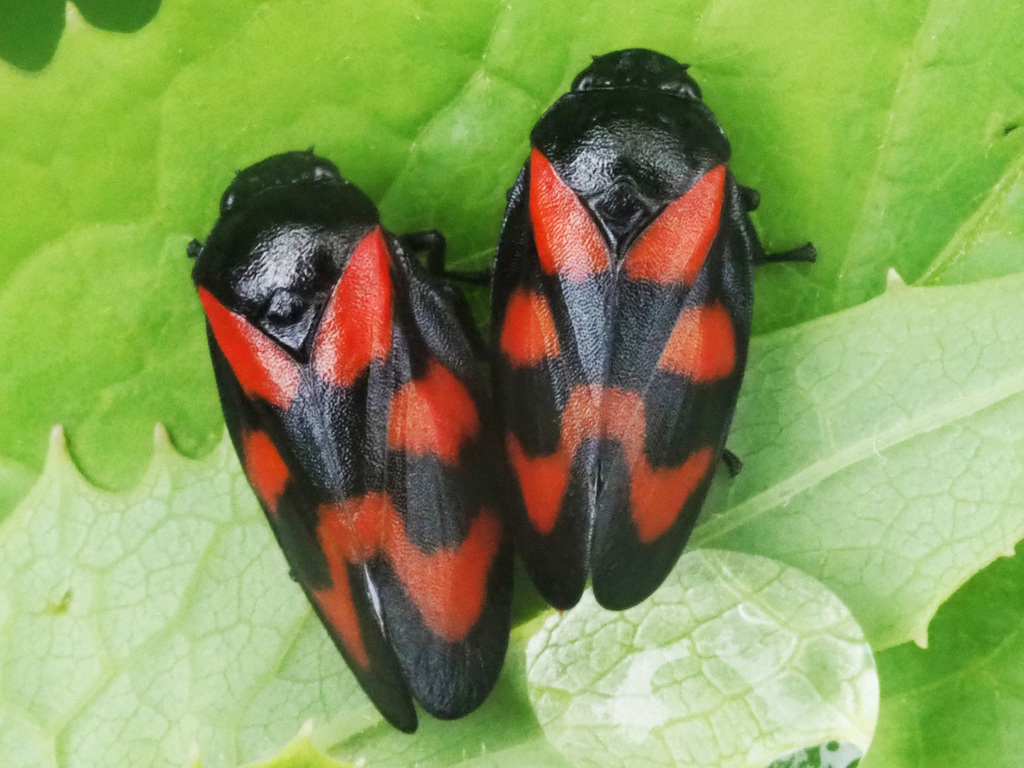 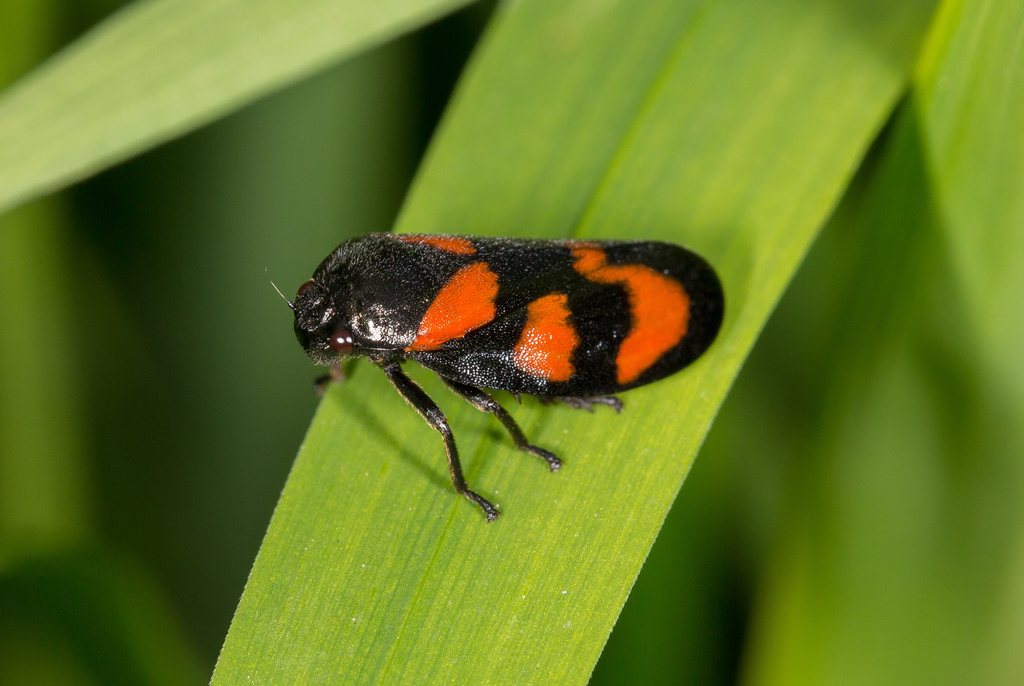 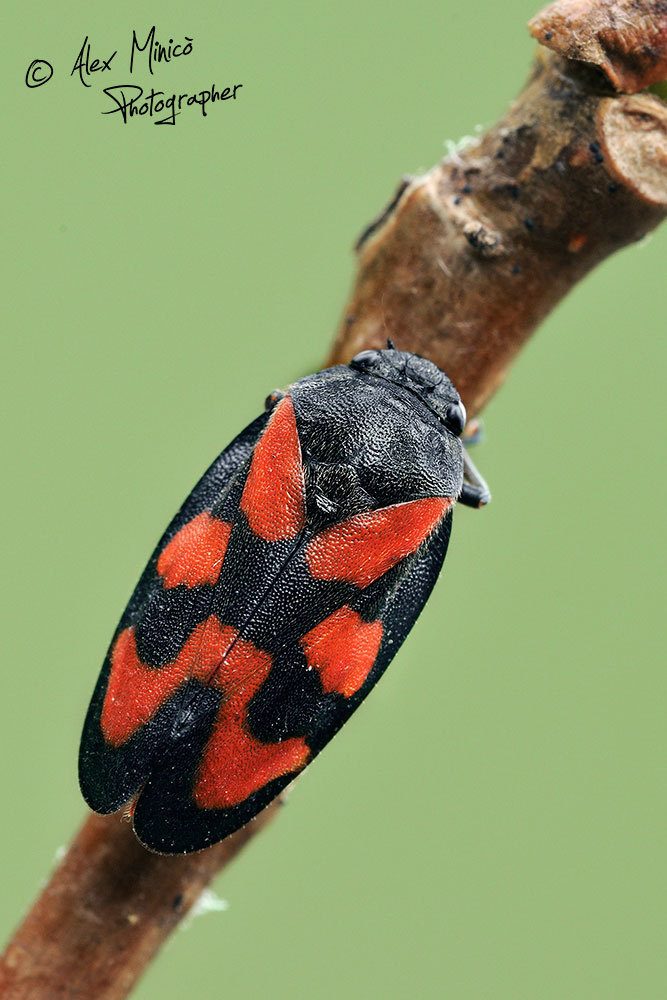 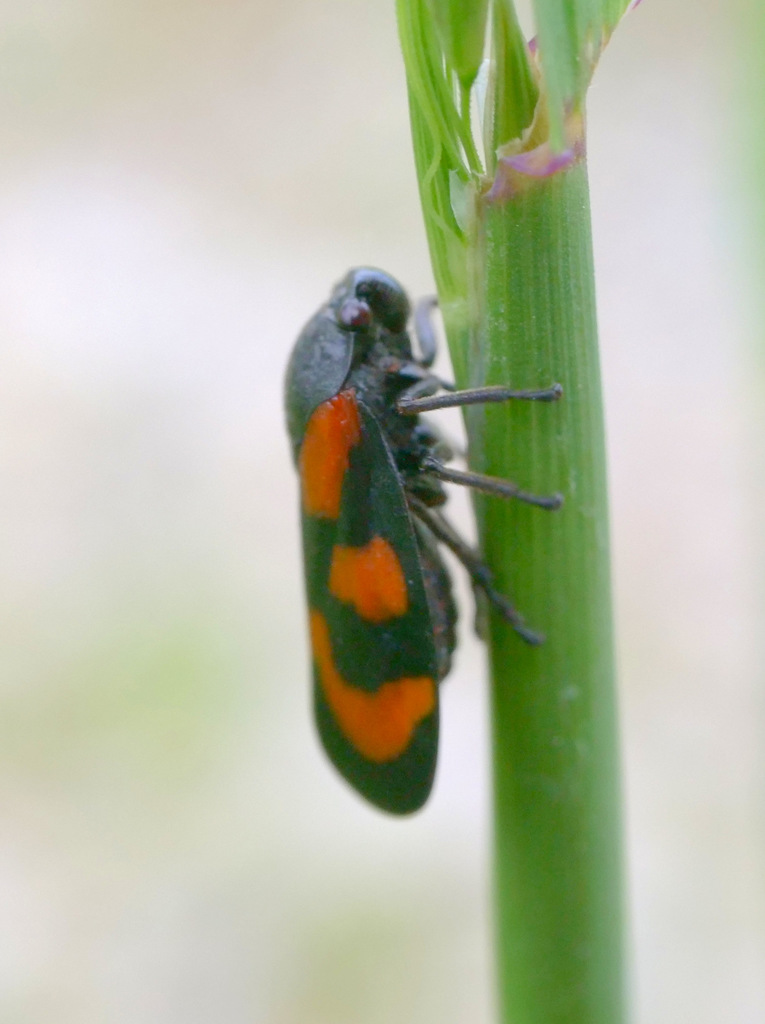 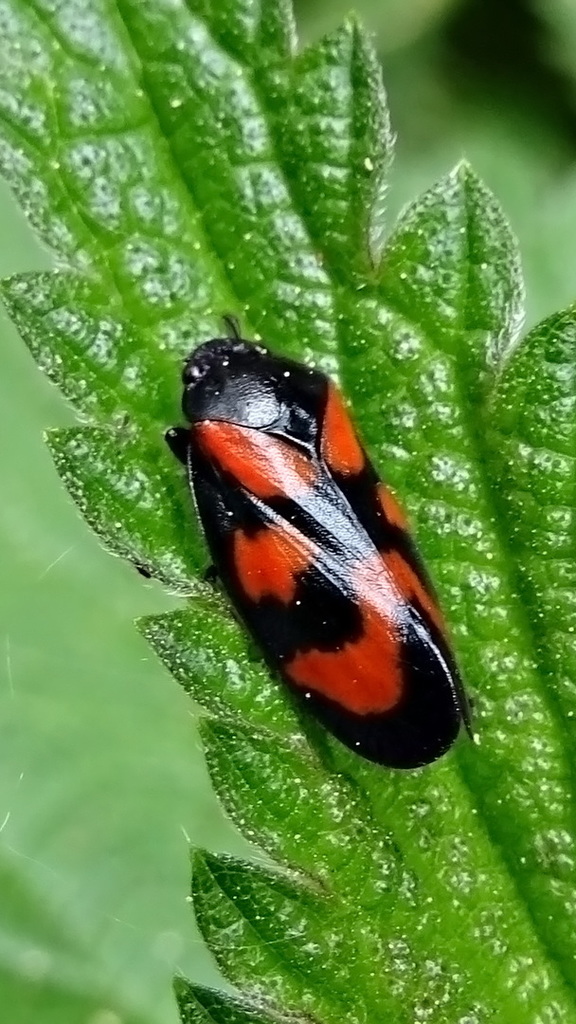