Small, robust species. Males macropterous, females submacropterous. Length of male 3.40—3.90 mm., female 4.70 mm. (Nielson, 1968)General color light brown. Crown and pronotum light brown with dark spots or markings; elytra finely reticulated with light-brown markings.(Nielson, 1968)This species is closely related to plebeja and can be separated by the male pygofer with the caudoventral margin produced posterodorsally to a broad fingerlike lobe. Typical lineolata does not have the paired short spines on the apex of the aedeagal shaft whereas typical plebeja does.In 1957 and 1958, Muller (534, 535) produced some remarkable results showing the variation of aedeagal types among species of Euseelis that were affected by day length. As a consequence of this work, Muller concluded that bilobata, stictoptera, and galiberti were seasonal variants of Uneolata. Both bilobata and lineolata types of aedeagus were produced under day lengths of less than 16 hours whereas stictoptera and galiberti forms were produced under day lengths of more than 16 hours.(Nielson 1968)

The biology of this species is not well known. Muller in 1957 (534) reared it on different varieties of Vicia faba L. No details of its life history were reported, however. It is presumably a polyphagous feeder since 1958 when Muller (535) collected it from meadows and fields and cover crops in orchards. In 1957, Frazier and Posnette (277) reared it on barley, oats, and wheat in captivity. Colonies were also reared on clover plants. (Nielson, 1968)

Westliche kleezirpe
Source: Taxon list of Auchenorrhyncha from Germany compiled in the context of the GBOL project 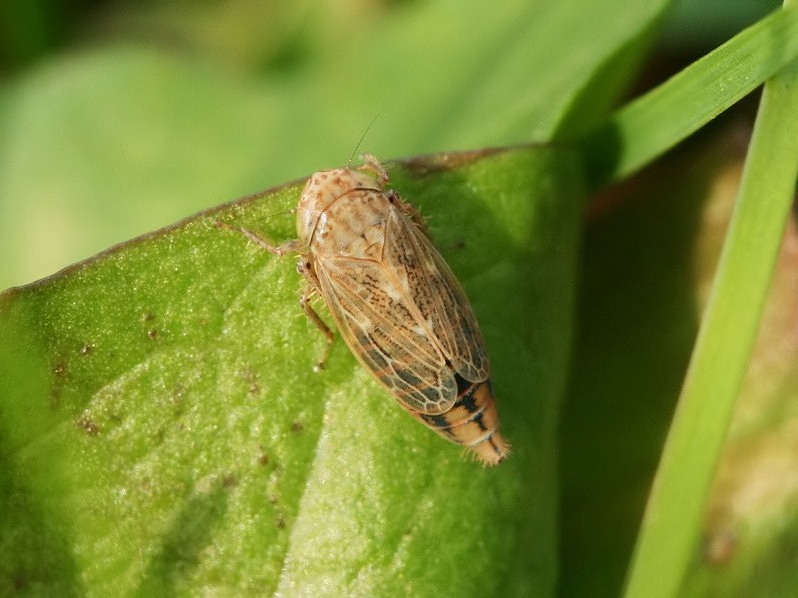 This species is common in Europe. In 1957, Muller (534) recorded it from countries predominantly in western Europe. It has been reported from Russia and the Mediterranean subregion, but these records may actually refer to other species of Euscelis. (Nielson, 1968)

Leafhopper with widespread but patchy distribution. A local species found in grassy areas across England and Wales, sometimes at high altitude. (Harkin & Stewart 2019)

This species is a vector of the clover phyllody virus causing green petal in strawberry and clover witches’ broom virus of clover in England. In 1956, Frazier and Posnette (276) were first to report transmission of these viruses and later in 1957 they (277) presented details of their experiments. Colonies of uneolata including variants transmitted clover phyllody virus from clover and strawberry to clover and numerous other plants, but not from strawberry to strawberry. Witches’ broom virus was transmitted to carrot, celery, mayweed, plantain, potato, and tomato plants. The latent period of both viruses in the insect varied from 23 to 45 days. Phyllody virus was retained by the vector for 58 days and witches’ broom virus for 84 days.(Nielson 1968)This species is considered an important vector of these viruses in England.(Nielson 1968) 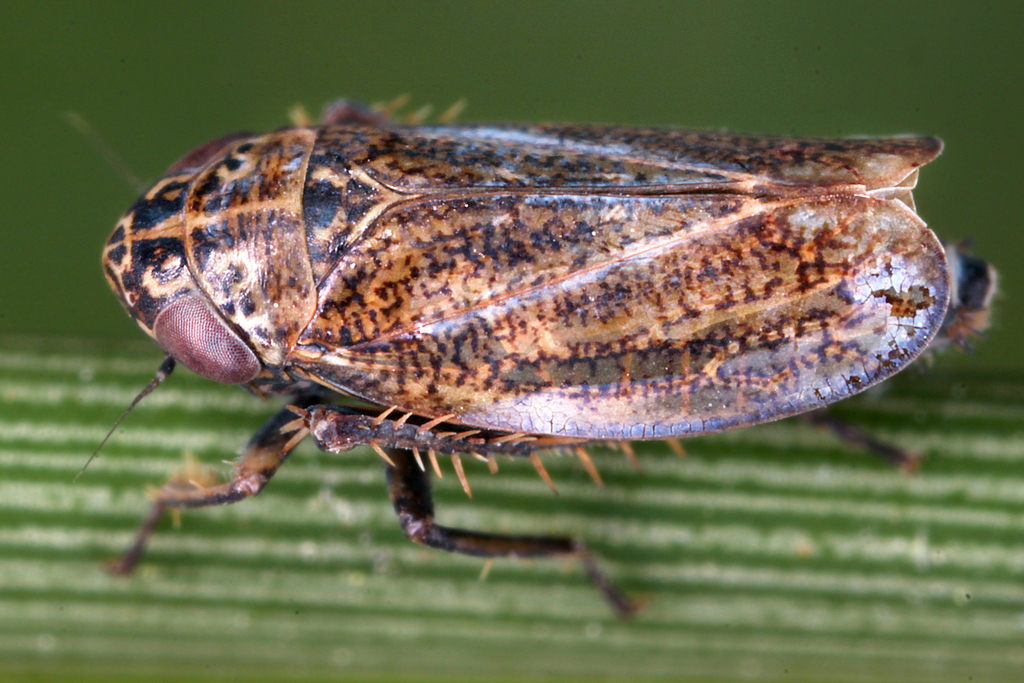