Medium Size, slender species. Length of male 4.10—4.30 mm., female 4.80—5.50 mm. (Nielson, 1968)General color yellowish brown. Crown ivory to yellow with two black spots on anterior margin and one black spot on inner margin of each eye; pronotum - ivory to yellow; elytra translucent, veins yellow to brown.(Nielson, 1968)Pygofer in lateral aspect about 1½ times as long as wide, ventral margin concave about middle, caudal margin truncate, dorsal margin with distal part convex; pygofer spine straight, lanceolate, arising caudoventrally, projecting posterodorsally; caudodorsal and dorsal submarginal areas with many long setae; aedeagus in lateral aspect with bifurcate processes about one-half as long as aedeagal shaft, fiat and broad at midlength, pointed apically, crossing in dorsal aspect; gonopore of aedeagus at midlength of shaft; style in dorsal aspect about 1½ times as long as connective; stylar shaft long, slender, about 2% times as long as basal width, sides parallel, apex truncate; stylar spine apical, long, narrow, pointed apically, projecting laterally; - female seventh sternum in ventral aspect about 2½ times as wide as long, lateral margins parallel, posterior margin truncate on each side of spatulate process; median emargination U-shaped, Very shallow, less than one-fourth length of segment; spatulate process short, about as long as wide, with sides parallel, apex convex. (Nielson, 1968)This species is similar in general habitus to kirkaldyi and can be distinguished by the straight spine on the caudal margin of the pygofer and by the gonopore, which is situated at midlength of the aedeagal shaft. The genitalia of the species were illustrated by DeLong and Severin (1948)and Nielson (1957). Illustrations of the nymphs and adults by Severin and Klostermeyer (1950) show color patterns of two forms.(Nielson 1968)

The biology of this species is well known. The principal hosts are alfalfa and clover (Osborne 1912 [598]; Kaloostian and Nielson 1952 [407]; Wolfe 1955 [866]), although it has been found breeding in large numbers on perennial delphinium in California (Severin 1942) [693]) and Ceanothus velutinus Dougl. ex Hook, in Washington (Wolfe 1955)[866]. I have observed and collected numerous specimens of nymphs and adults from alfalfa and dover in Utah and Oregon. The species was easily reared in. captivity on numerous other plants by Frazier and Severin in 1945 (278). Life cycles were completed on 28 species of plants, and adult longevity ranged from 3 days on Chenopodium murale L. to 137 days on Euphorbia peplus L. Peach and celery were also favorable rearing hosts. In 1953, Jensen (394) reported longevities of adults on peach that averaged 86 days for males and 94 days for females.A life-history study on virus-infected and on healthy celery plants was reported by Severin and Klostermeyer in 1950 (714). Adults mated in 5 to 6 days following the last molt and laid eggs 6 to 7 days after mating. Eggs were laid in the margin of leaves and hatched in 14 to 21 days. Two color forms of nymphs were observed. Males reared from mottle nymphs required 24.0 and 26.6 days to complete the nymphal stage on diseased and healthy celery, respectively. Females required a slightly longer period. Males reared from banded nymphs required 27 days on healthy celery and 26 days on diseased celery. Females reared from banded nymphs required about the same period. - -I (unpublished data) studied the biology of this species in Oregon and found that the life cycle from egg to adult averaged 52 days in the insectary and 70 days in the field. The insect overwintered in the egg stage, as was also reported in Utah by Kaloostian in 1956 (406). Two generations a year were produced on alfalfa, from which the insects migrated into peach and cherry orchards. Leaf-hoppers were most abundant in alfalfa in May and September and in orchards in late May-early June and October-November periods. Dissemination of adults was affected by warm temperatures and wind movement- of less than 3 m.p.h. Movement was reduced when wind velocity averaged more than 3 m.p.h. and was completely suppressed at 12 m;p.h. (Nielson, 1968) 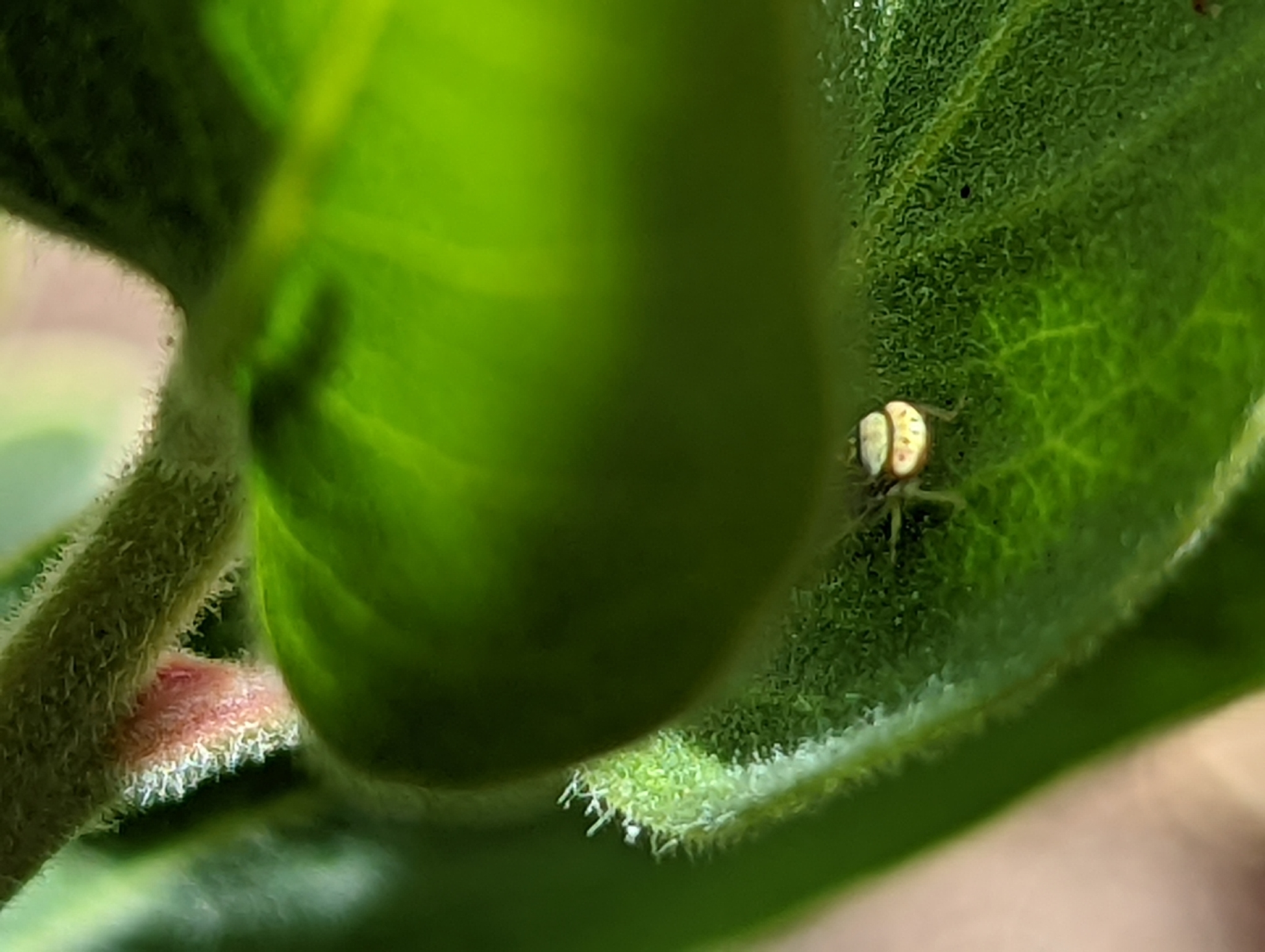 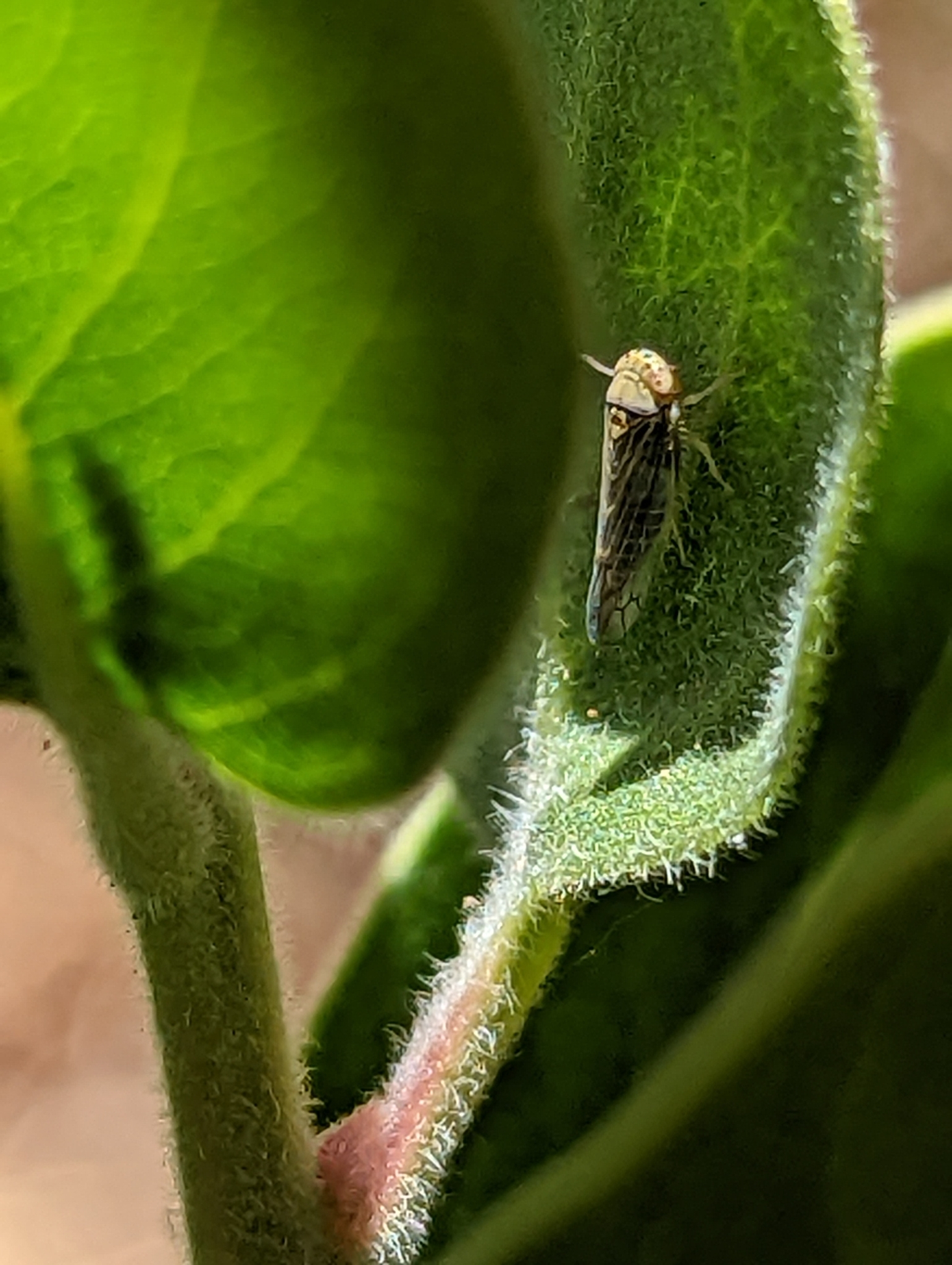 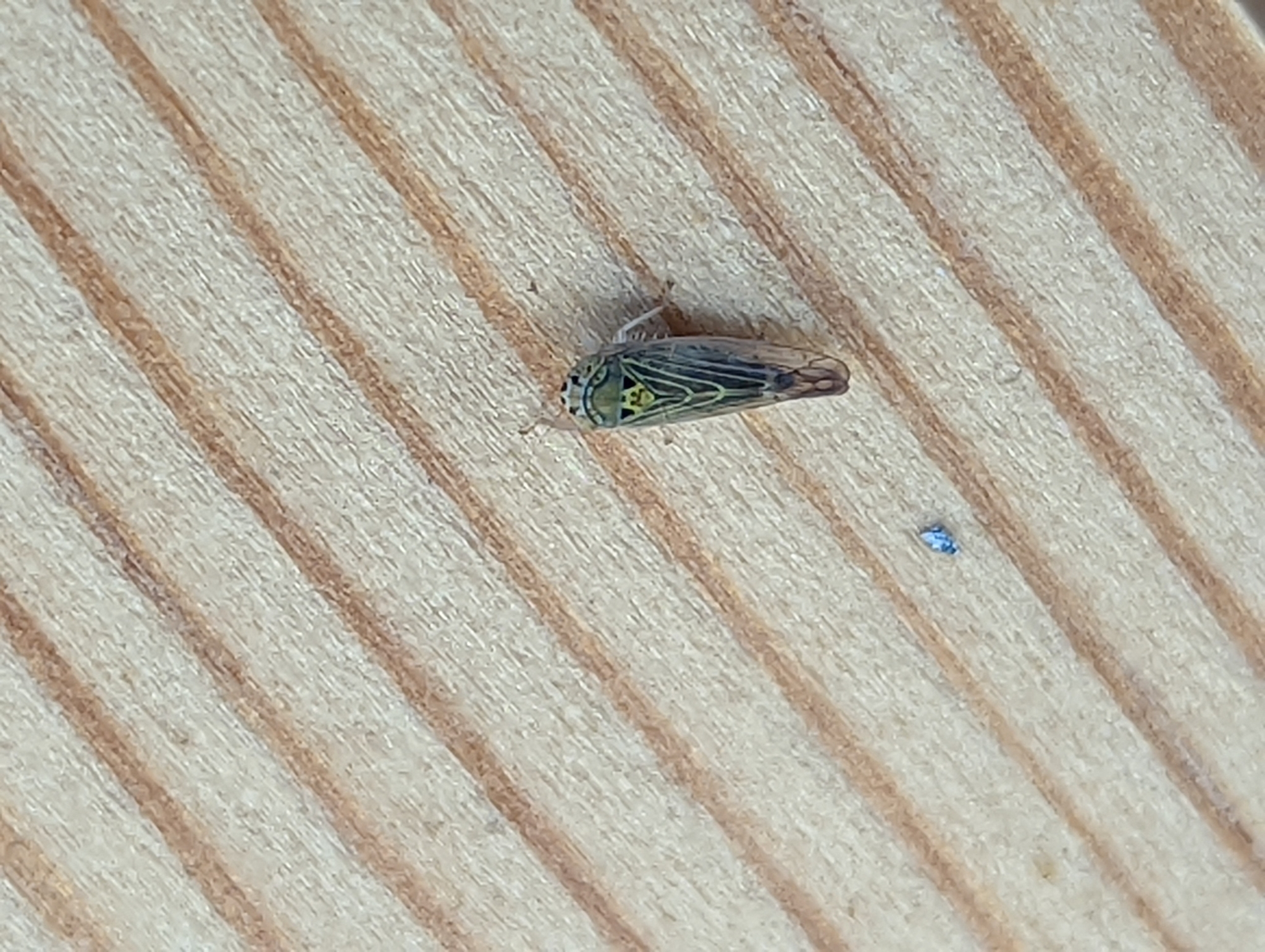 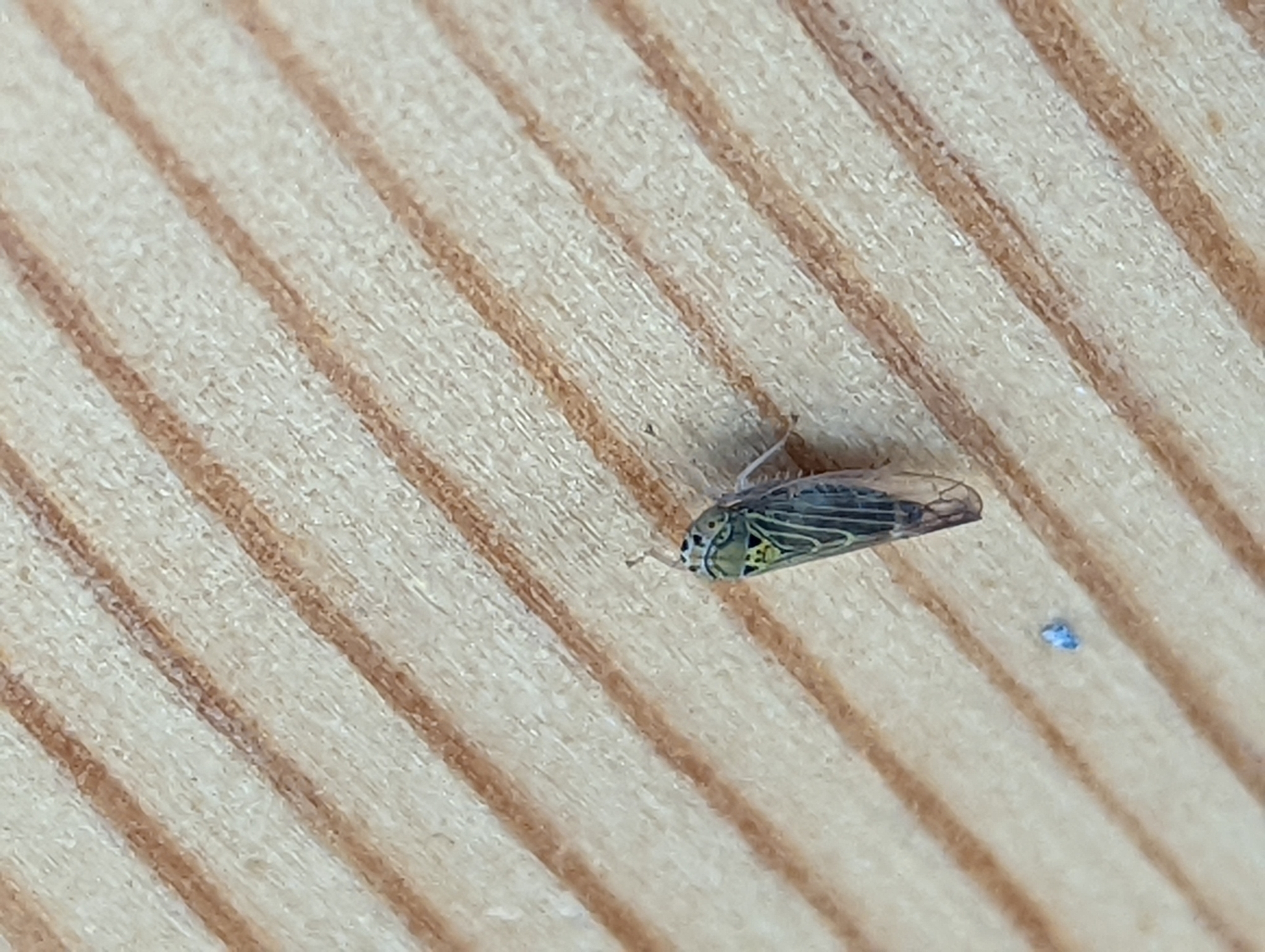 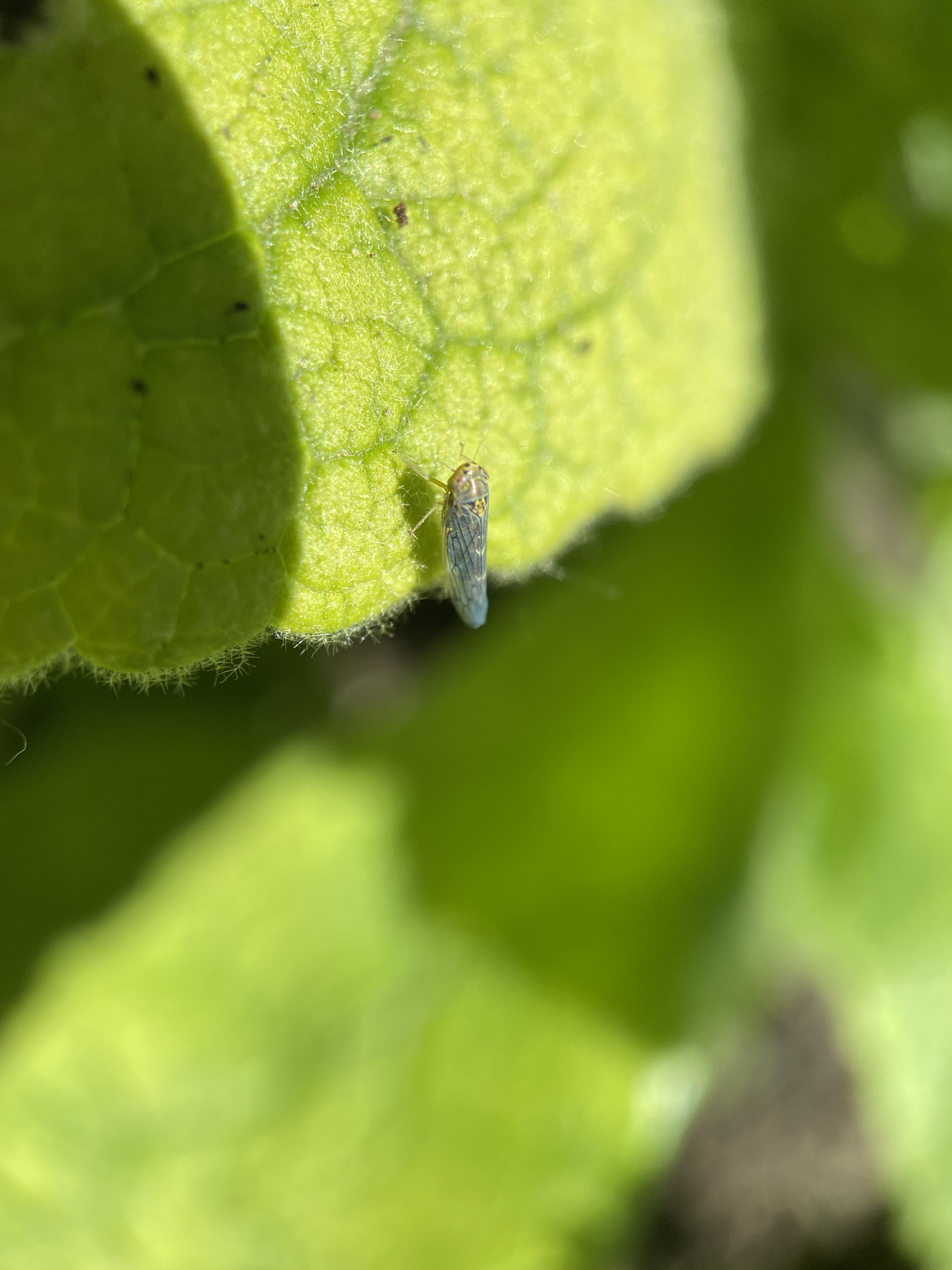 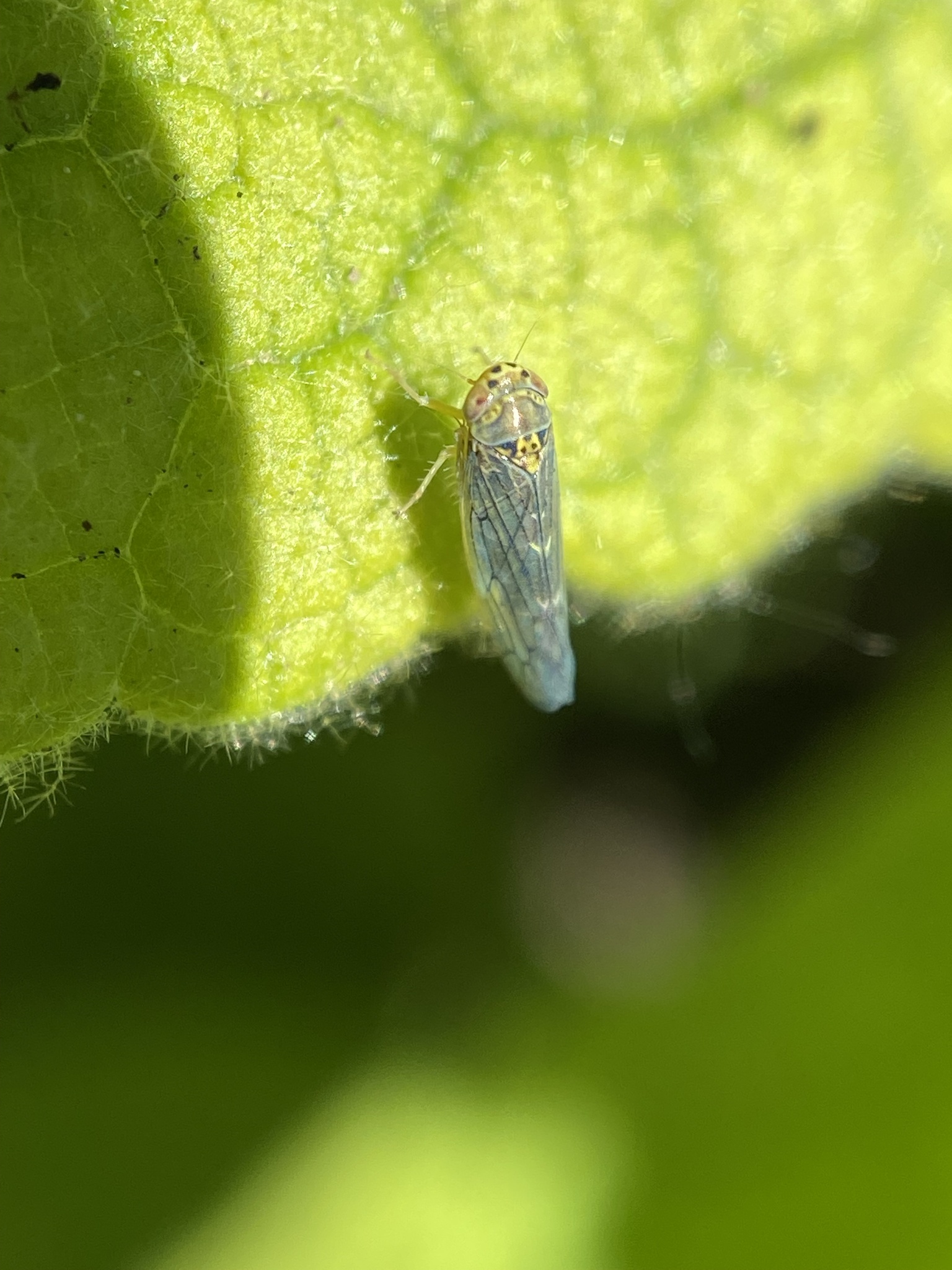 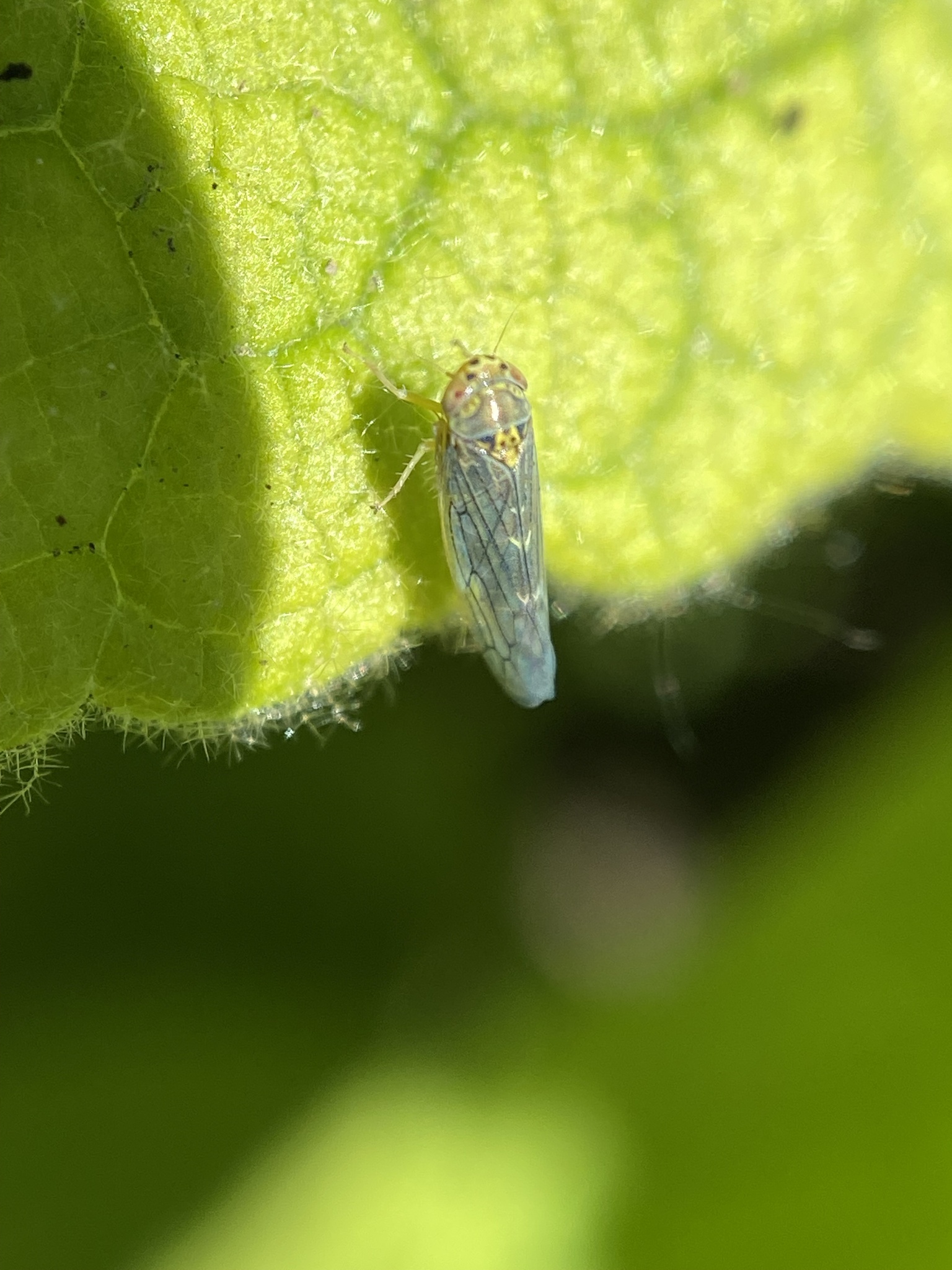 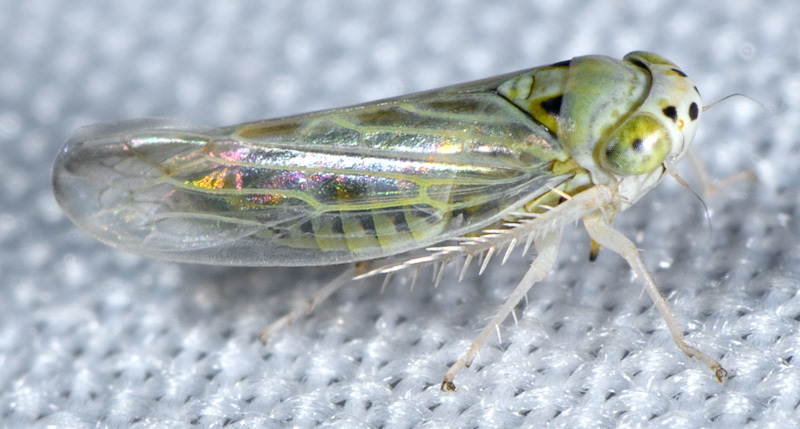 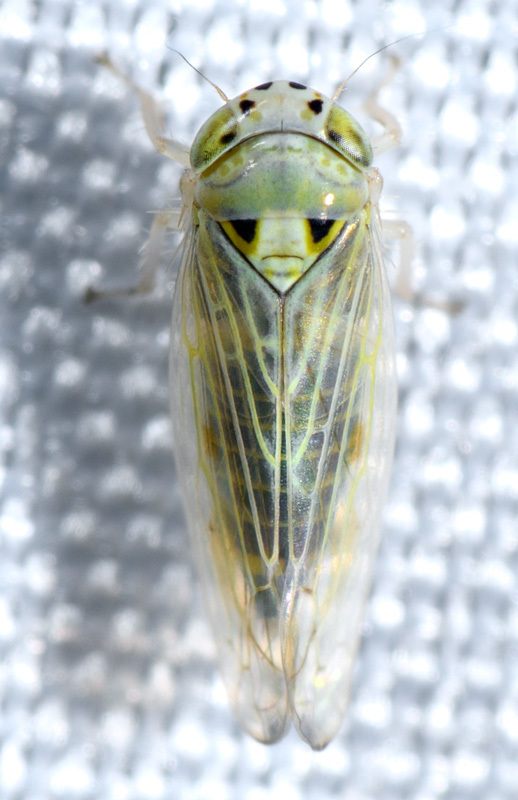 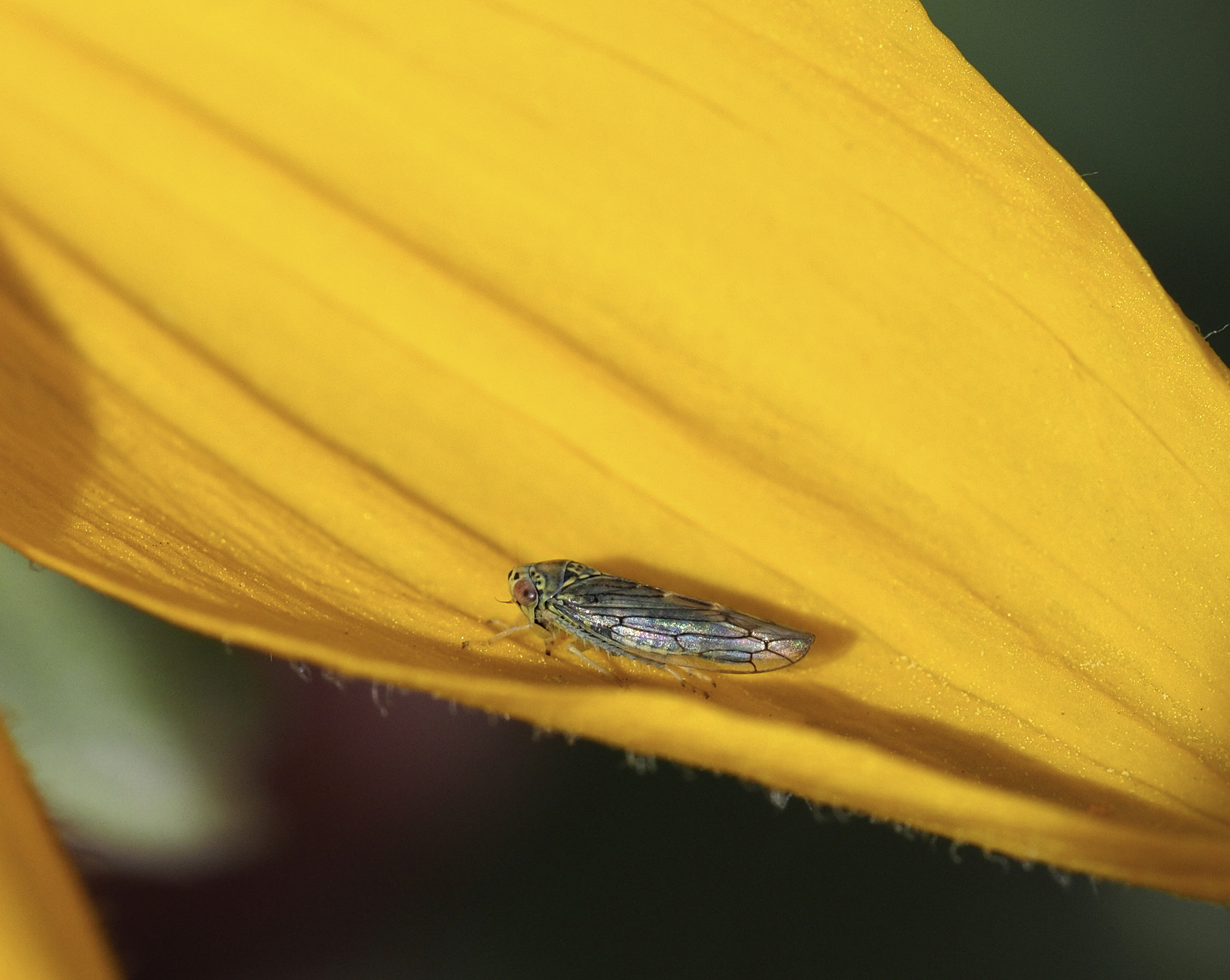 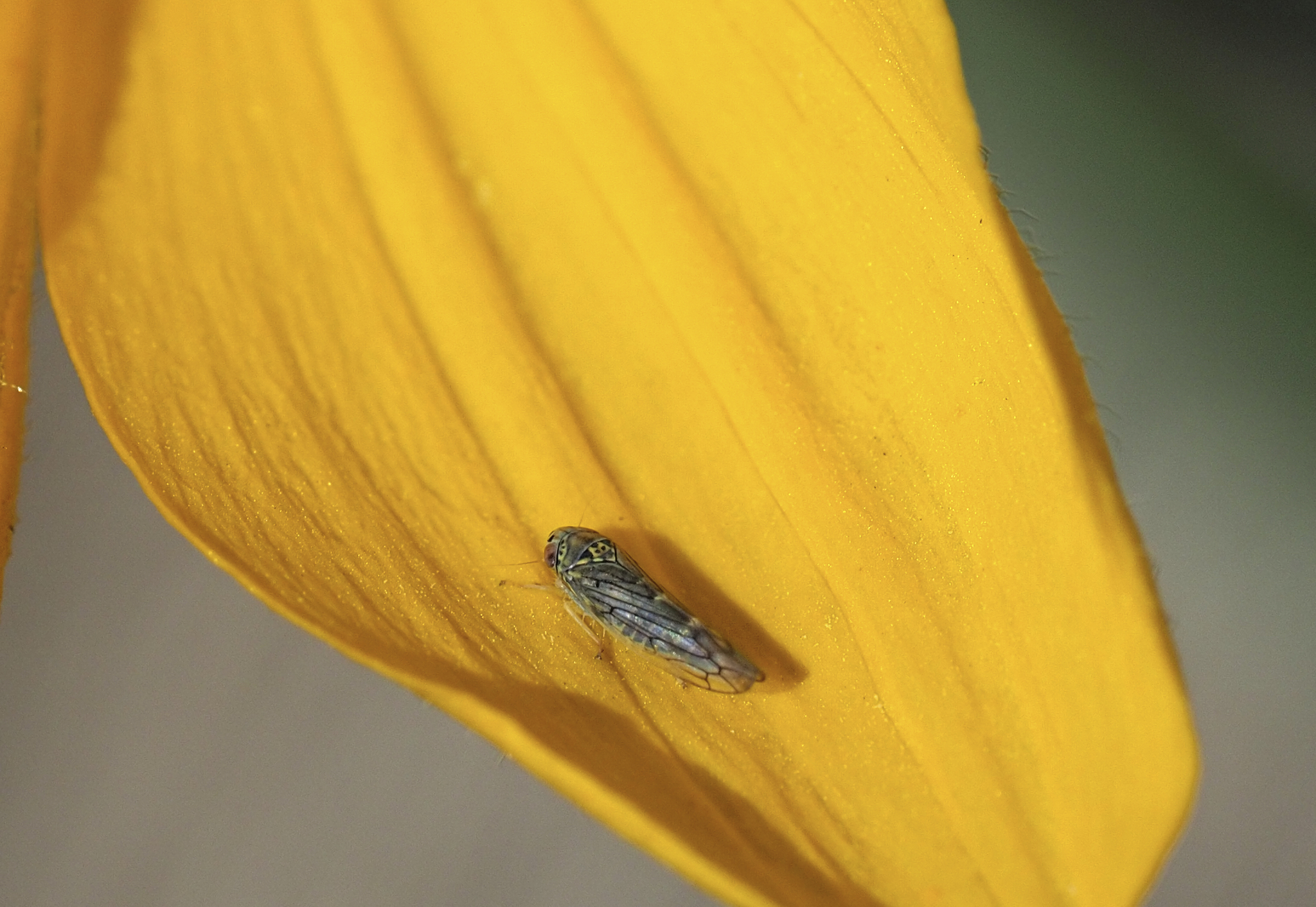 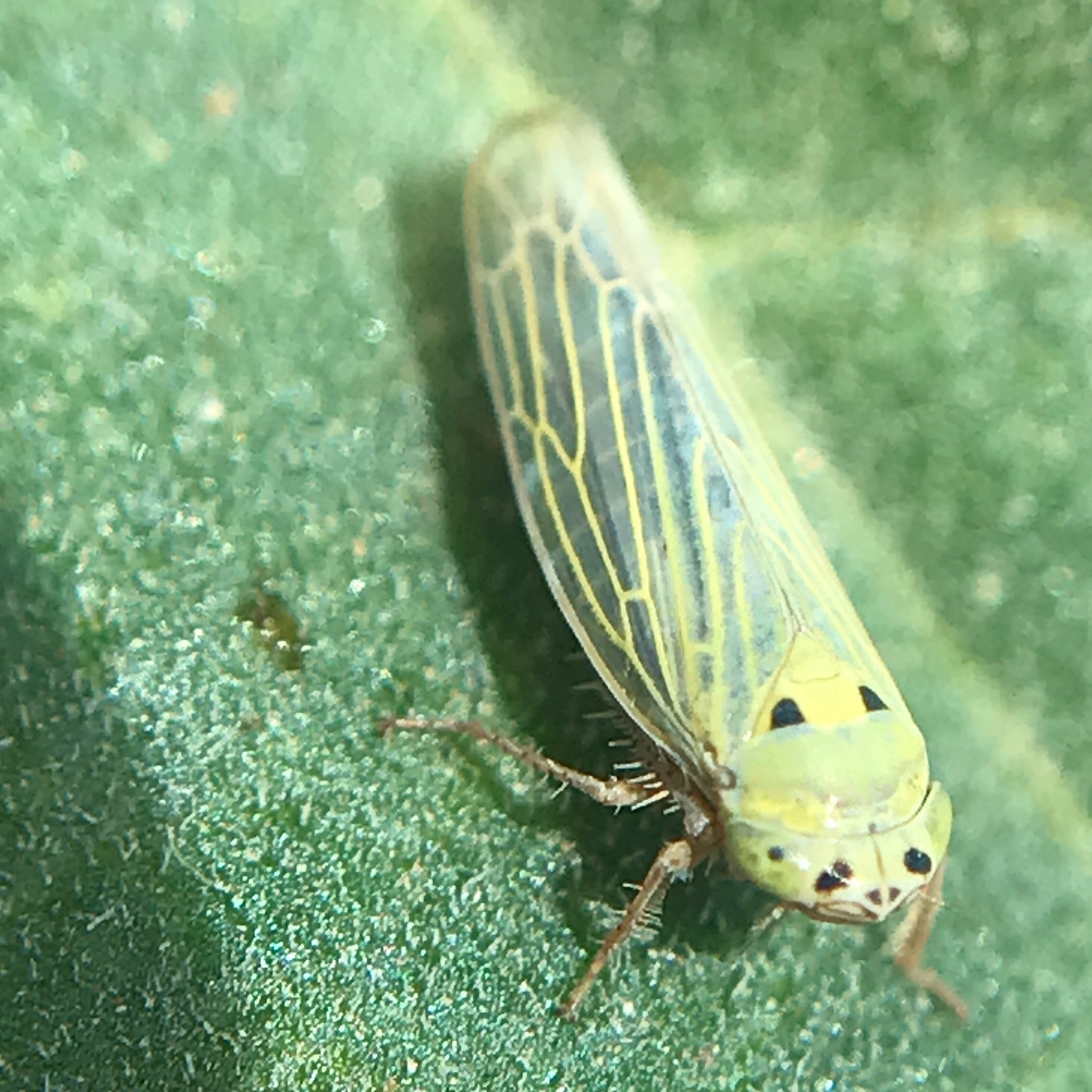 This species is an important vector of the western strain of the North American aster yellows virus, western X-disease Virus of peach, and yellow leaf roll strain of western X-disease. Severin in 1934 (691) first reported this species as a vector of aster yellows virus. Transmission was accomplished from several sources of inoculum to 13.7 percent of celery plants, but none was obtained from diseased aster and celery to aster. Confirmation was obtained by Severin in 1942 (693) when he demonstrated natural infectivity of the insects by transferring leafhoppers direct from naturally infected perennial delphiniums to healthy delphinium seedlings. The leafhopper transmitted virus to 92.3 percent of the plants.In 1942 ,Severin (694) also transmitted virus from naturally infected annual larkspurs to celery. Further transmissions of the virus were made to onion plants (Severin and Frazier 1945) [709] and to 11 species of weeds by Frazier and Severin in 1945 (278). The geminate leafhopper was not an effective vector of the virus from aster to aster or from celery to celery and aster (Severin 1948) [704]. Latent period of the virus in the vector ranged from 18 to 36 days.The first report of transmission of western X-disease virus was made by Wolfe et al. in both 1950 and 1951 (868, 869) in Washington. After feeding on peach and cherry inoculum from 60 to 130 days, the leafhoppers were transferred to healthy peach. Six of the 16 test plants developed symptoms. Subsequently, in 1951, Wolfe et al. (870) confirmed previous results and demonstrated transmission of the virus from sweet cherry to peach. The latent period of the virus in the vector was more than 30 days, with one instance of 22 days. Transmission of the virus was achieved from chokecherry to peach and sweet cherry to peach in Utah by Kaloostian in 1951 (404, 405). Also, in 1954 Wolfe and Anthon (867) reported transmission from sour cherry to peach and Nielson and Jones in 1954 (567) demonstrated transmission from sweet cherry to sour cherry and peach. The virus has not been transmitted from peach to cherry.Occasional transmission occurred when the virus was acquired by nymphs and transmitted by adults (Anthon and Wolfe 1951 [8], Wolfe and Anthon 1954 [867]). In 1955, Wolfe (864) obtained proof that when virus was acquired by nymphs, it was transmitted in the nymphal stage. All nymphal instars acquired virus by using lower temperatures in the greenhouse to retard nymphal development and thereby fulfilled a 30- to 40-day latent period required for the insect to become infective.Yellow leaf roll virus, a severe strain of western X-disease in California, was transmitted from peach to peach by Jensen et al. in 1952 (401). In the first series of tests, 19 cases of transmission were obtained among 32 trees tested. In the second test, five of six trees were infected with the virus. A long latent period of the virus occurred in the body of the leafhopper and the insects were able to retain the virus for long periods.Jensen in 1956 (395) demonstrated for the first time transmission of a virus from woody plants to herbaceous plants and back to woody plants by means of an insect. Four virus strains of western X-disease were likewise transmitted from diseased peach and cherry to healthy celery and from diseased celery to healthy peach. A high percentage of transmission was obtained from peach to 94 of 108 celery plants and from celery to 89 of 106 peach plants. Only a 3-day acquisition feeding was necessary on celery, indicating that this plant served as a better virus source than peach.(Nielson 1968)This species is the most important vector in the natural spread of western X-disease of peach and cherry in Utah, Oregon, Washington, and possibly California. It is equally important in the spread of the western strain of North American aster yellows virus to perennial delphiniums in California and of potential importance in the spread of this virus to crop plants.(Nielson 1968) 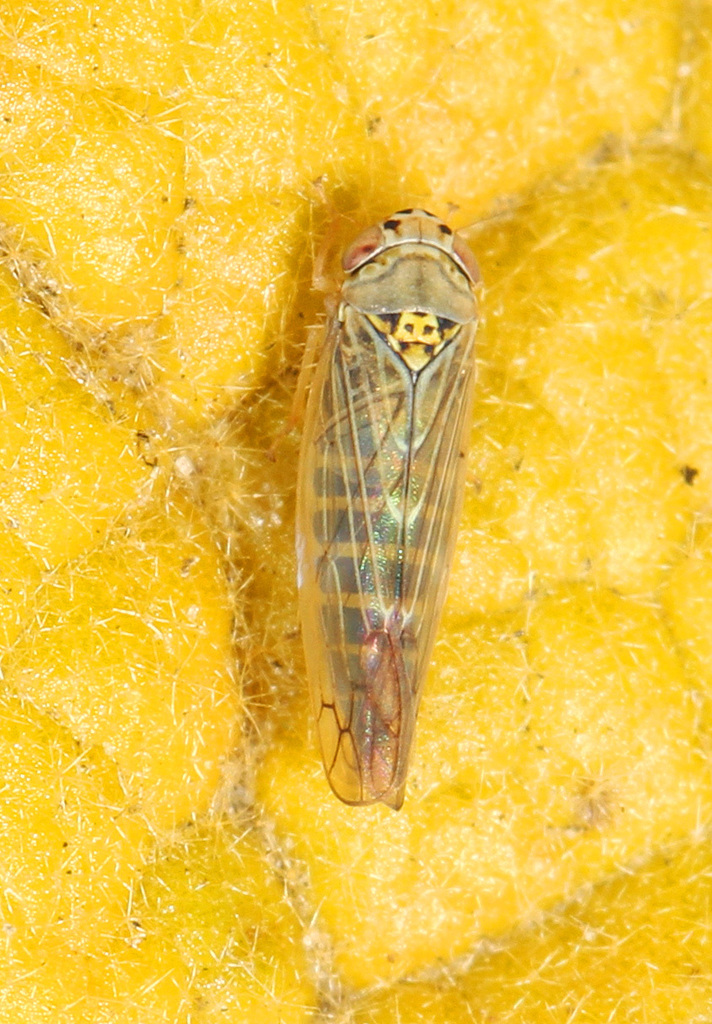