Very large, robust species. Length of male 11.50 - 12.50 mm., female 11.80 - 13.80 mm. (Nielson, 1968)General color brown to black. Crown, pronotum, and scutellum brown or black with numerous ivory or yellowish spots, surface coarsely rugulose; elytra subhyaline.(Nielson, 1968)This species is closely related to Lacerta in general habitus and genital characteristics and can be separated by the aedeagus with the curved lateral atrial processes, which are serrate distally. References to this species as triquetra by American authors are erroneous. Schroder in 1957 (669) first suppressed coagulata as a synonym of vitripennis (Germar), but in 1958 Young (881) resurrected coagulata and stated that triquetra was a valid South American species and did not occur in the United States. (Nielson 1968)

The biology of this species was reported by Turner and Pollard in 1959 (1959). In their life-history studies the authors listed 73 species of plants in 35 families that supported populations of this insect. Favored herbaceous hosts were sunflower, hollyhock, okra, lambsquarters, cotton, corn, and cowpeas, Oak, ash, silktree, crapemyrtle, and peach were favorite woody hosts. Nymphs of the first and second instar did not survive well on woody plants. Adults and older nymphs preferred feeding on stems and twigs rather than leaves of plants. It was a solitary feeder, but occasionally large populations were observed on a single plant. The species overwintered as adults in wooded areas. In the spring, adults gradually migrated to new hosts until populations built up in March and April. Eggs were laid in April in leaves of herbaceous plants or sometimes in leaves of woody plants. They were laid in clusters in the lower epidermal layer of leaves. In the summer, populations fed on herbaceous plants and occasionally congregated in large numbers on weakened peach trees. After summer hosts dried up, the insects moved to woody hosts during August, September, and October, at which time populations were greatest in peach orchards. In insectary studies females mated only once. Eggs hatched in 12 days. The nymphal stage averaged 59.5 days in the first generation. The second generation was carried to the fourth instar, which was completed in 33.5 days. In the third generation the nymphal stage was completed in 72.2 days. Adult longevity averaged between 60 and 64 days among generations. There appeared to be two complete generations and a partial third annually. In 1961, Pollard and Kaloostian (620) observed the overwintering habits of large populations on oak. During cold snaps the insects dropped to the ground overnight, then gradually returned to oak to feed as the temperature rose during the day. (Nielson, 1968) 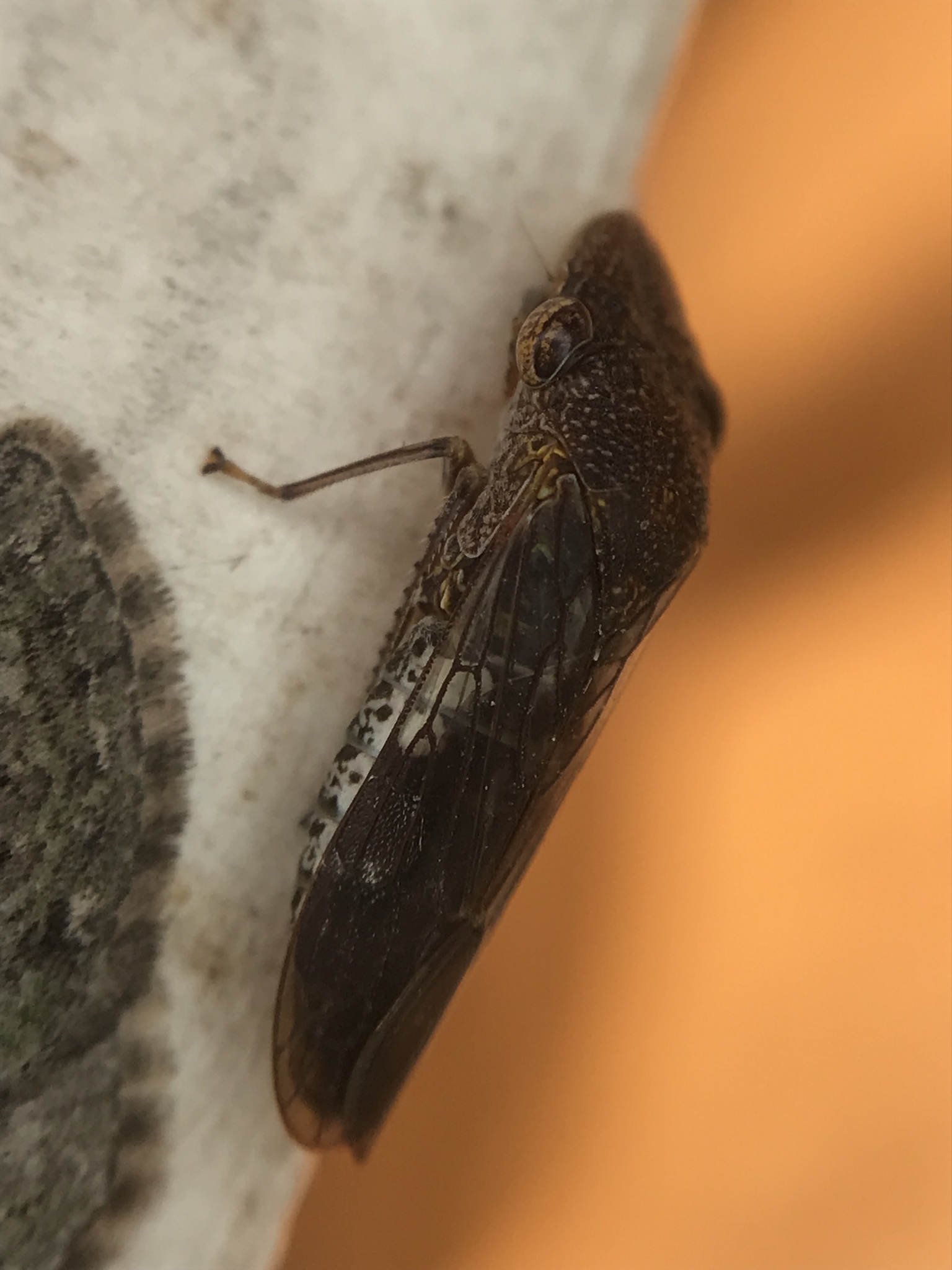 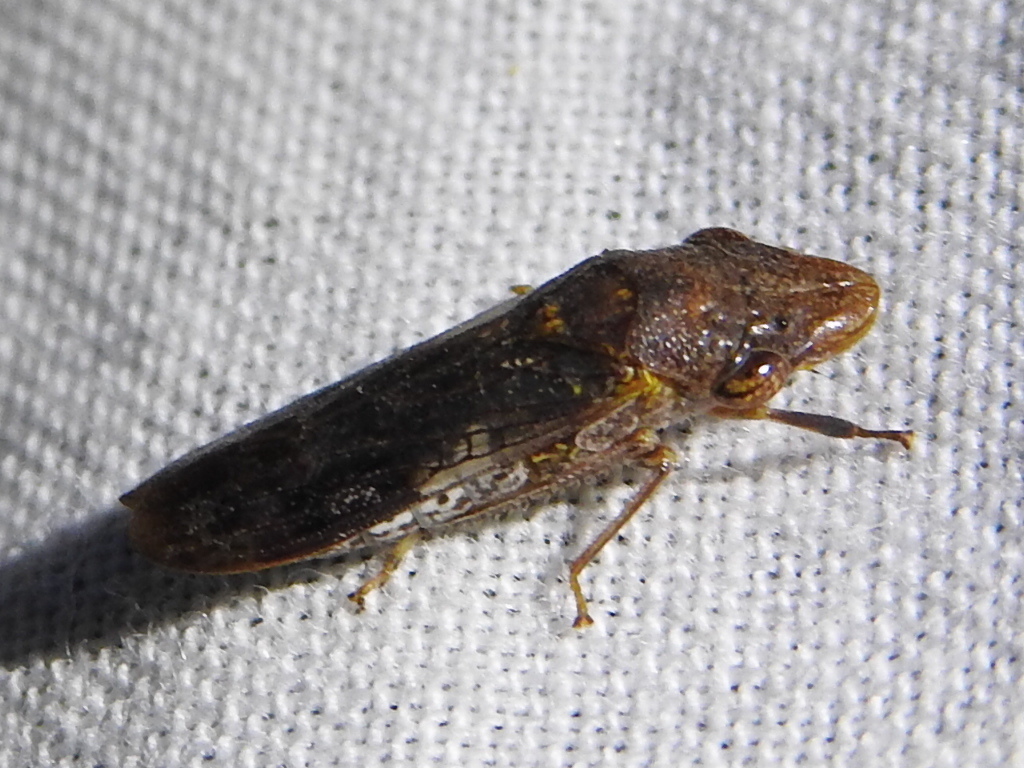 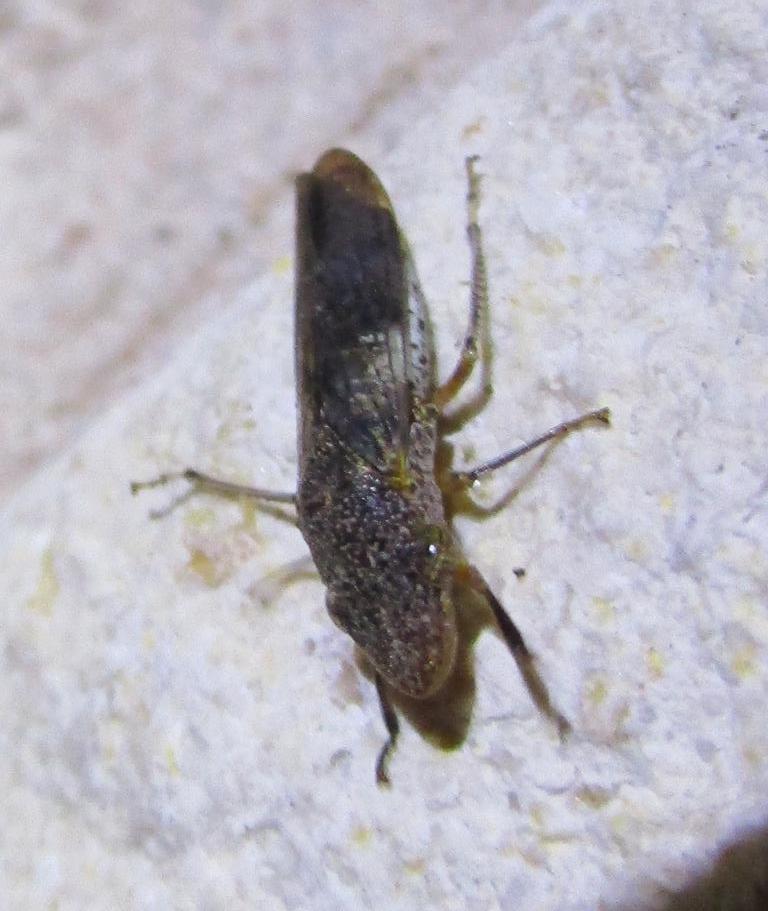 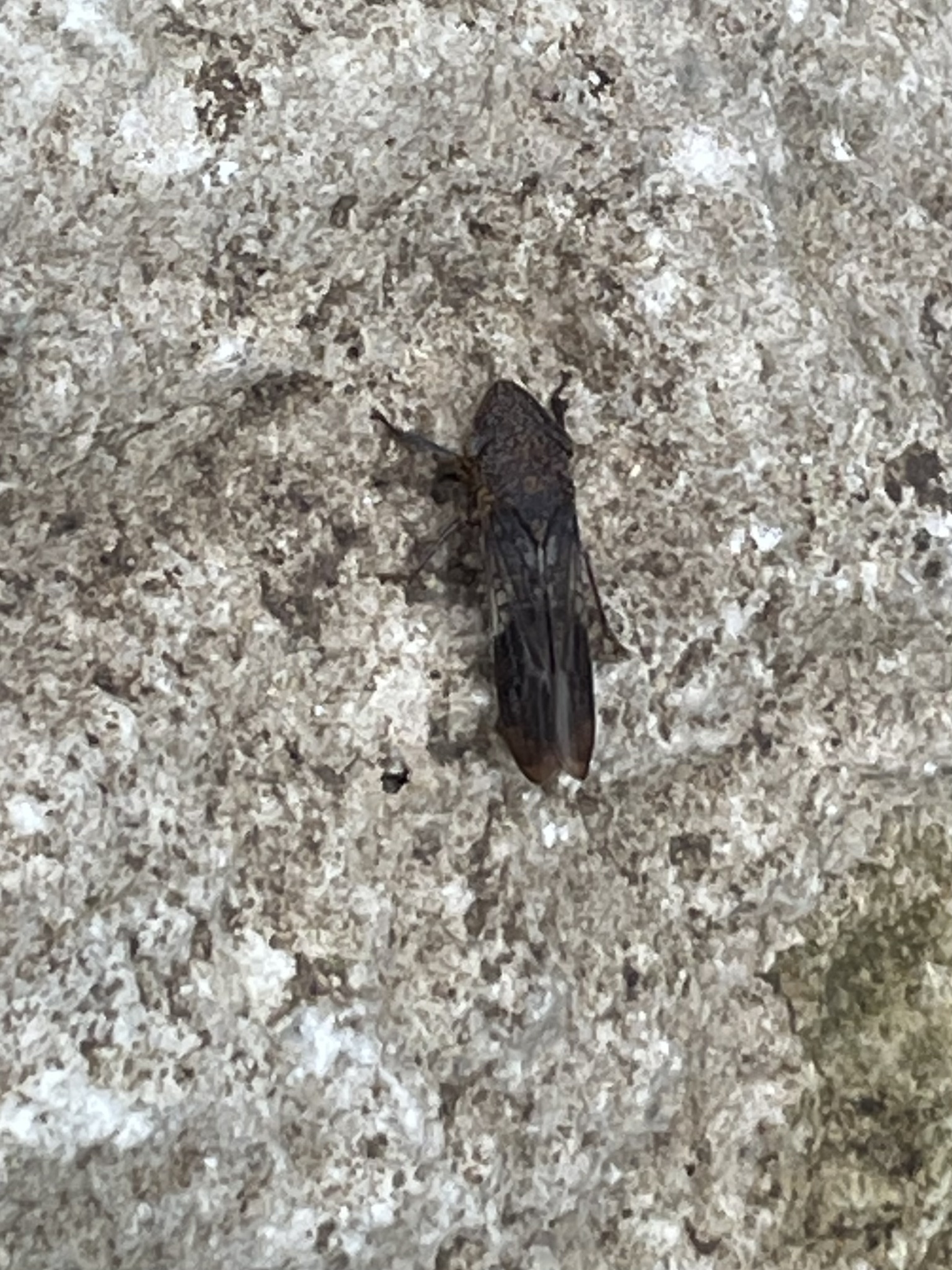 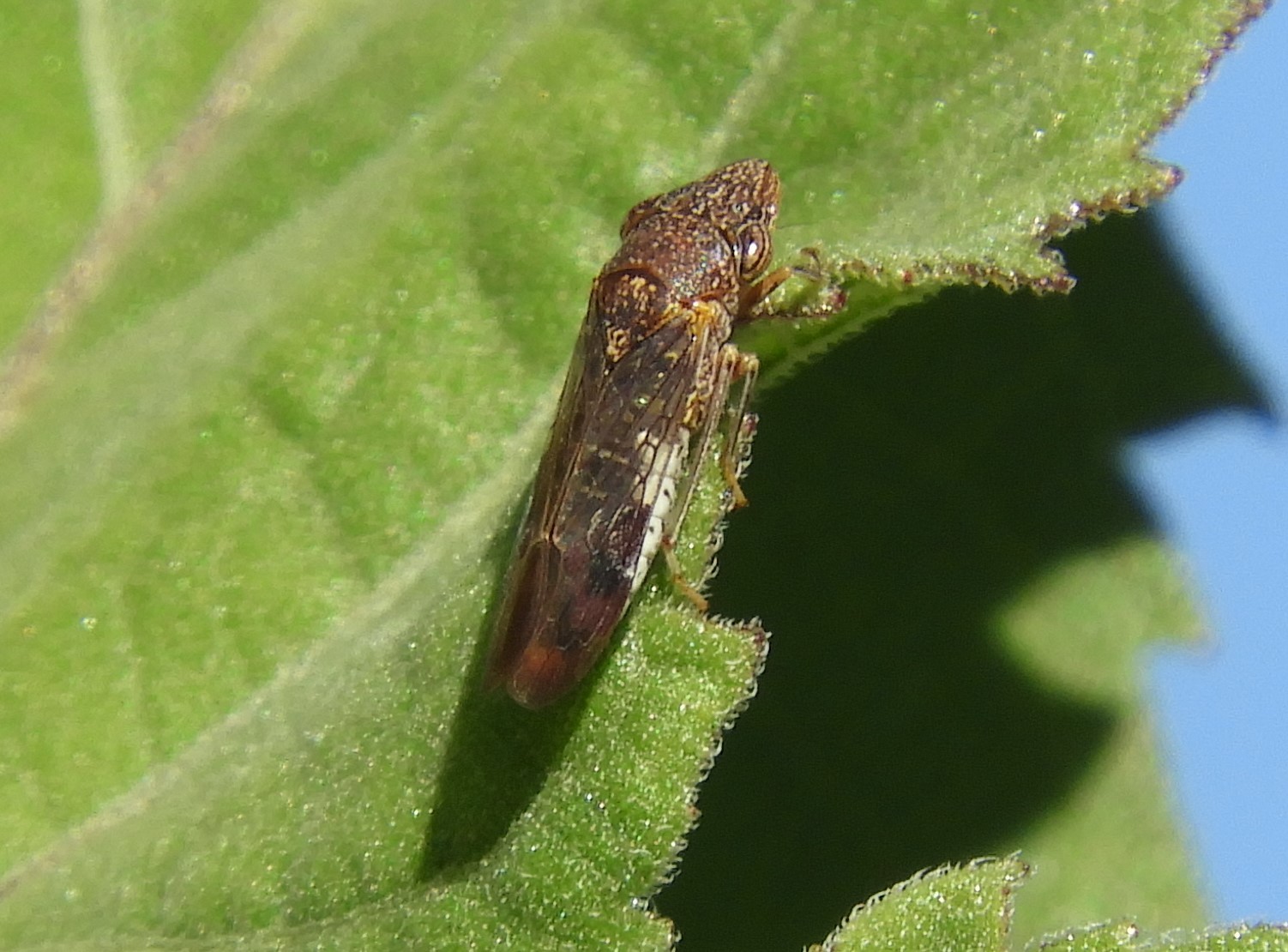 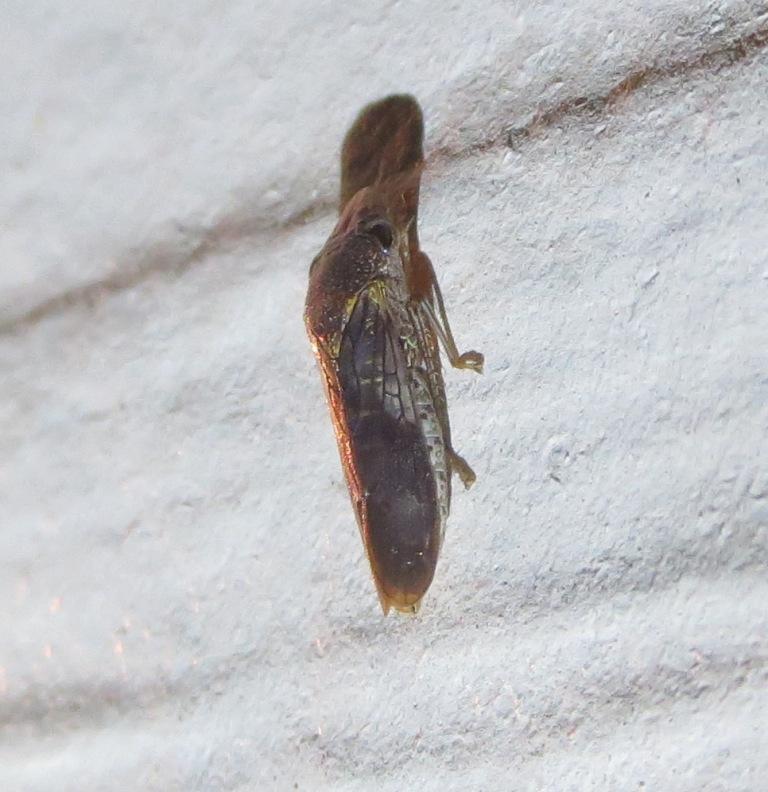 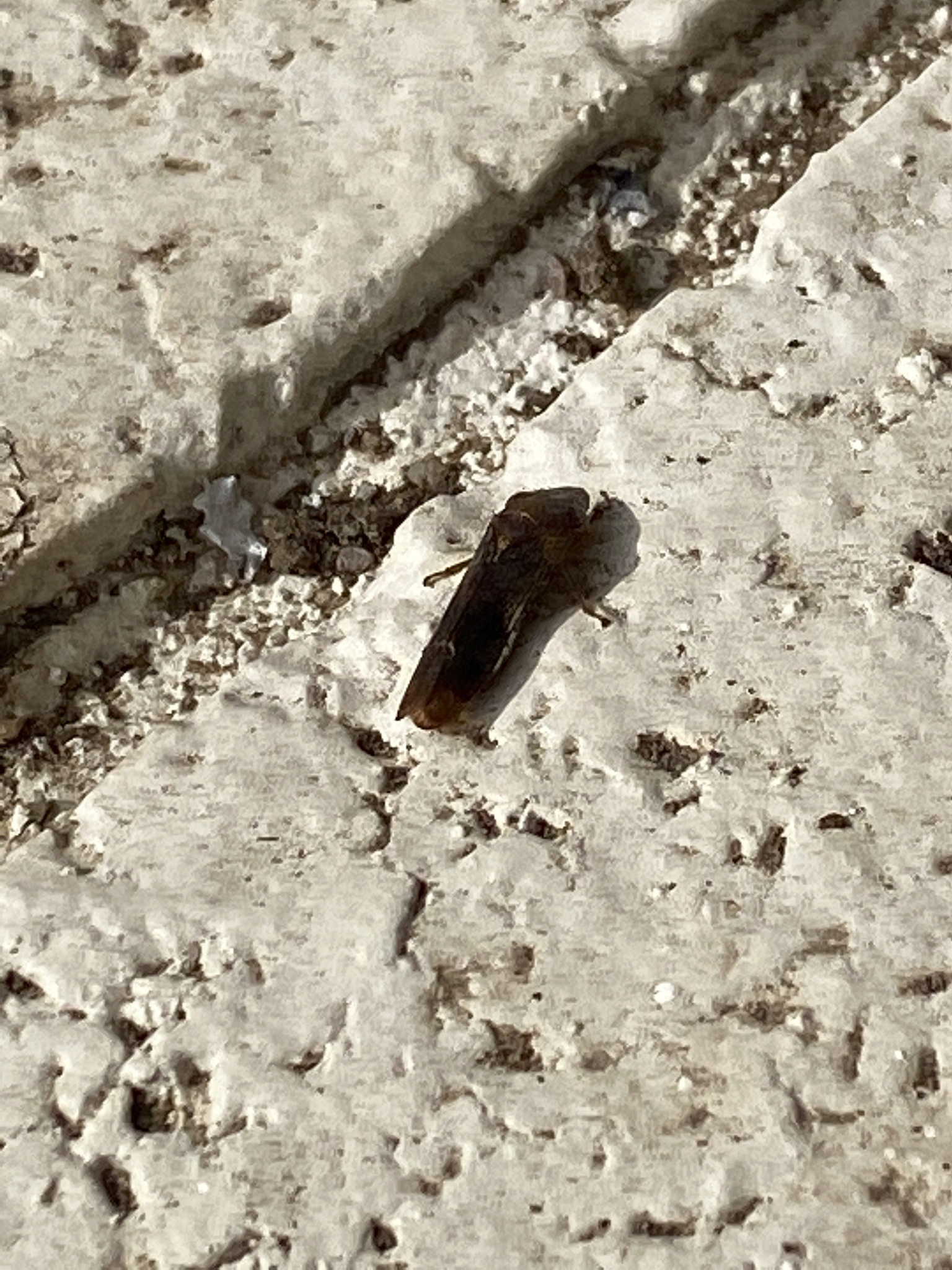 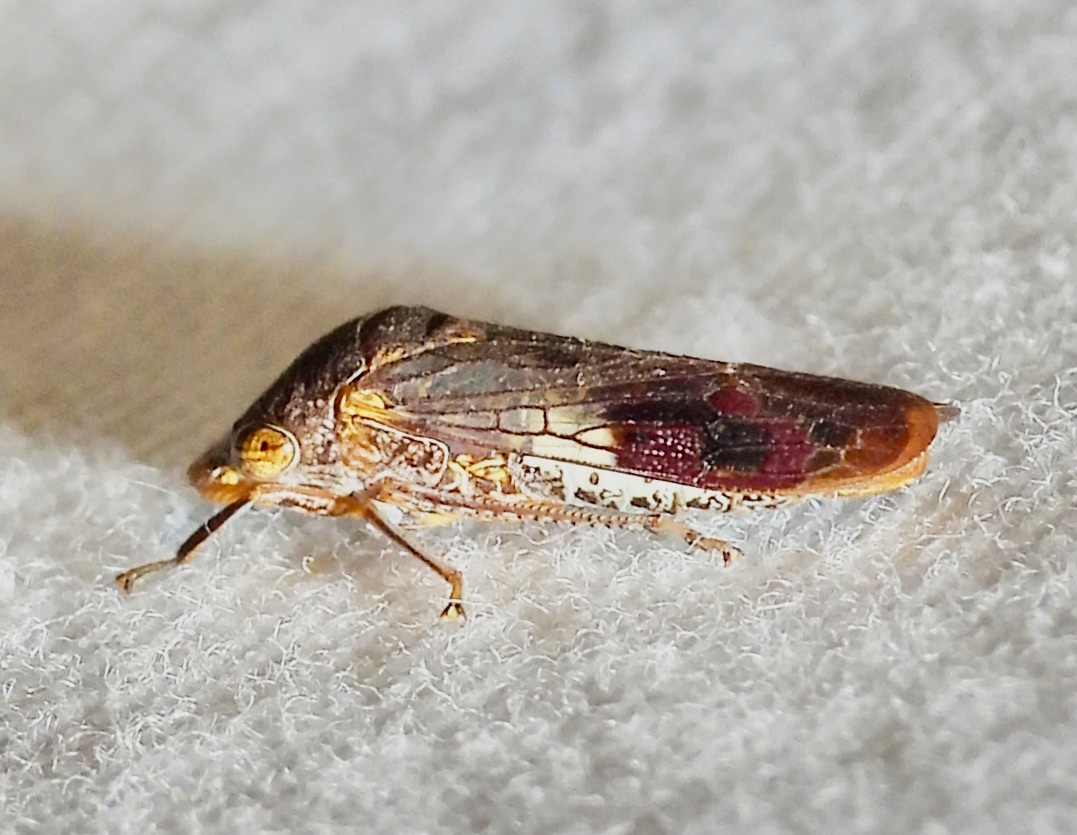 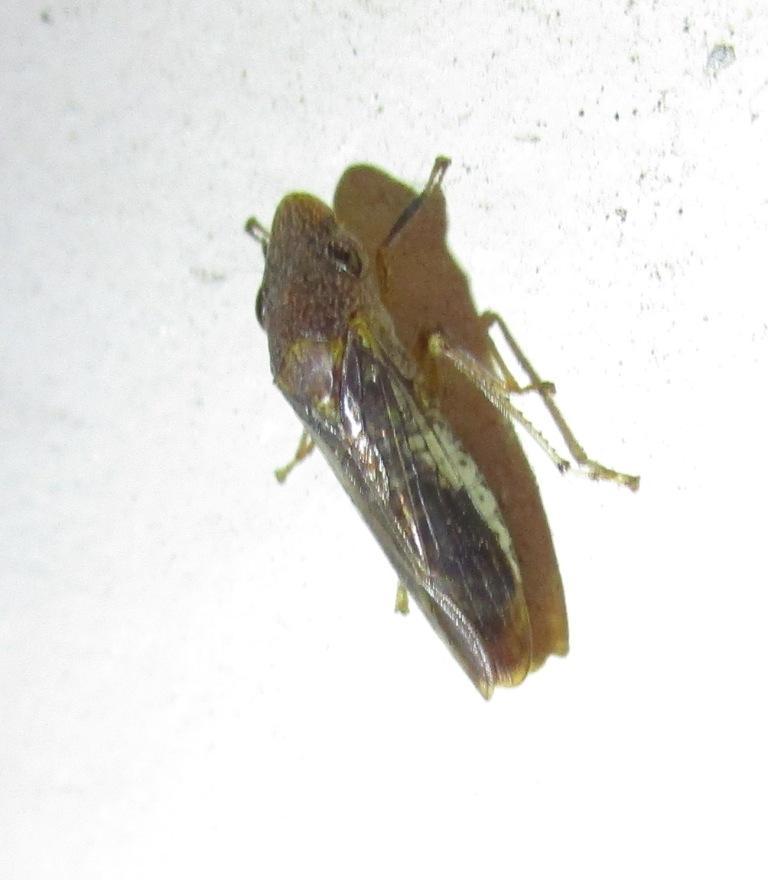 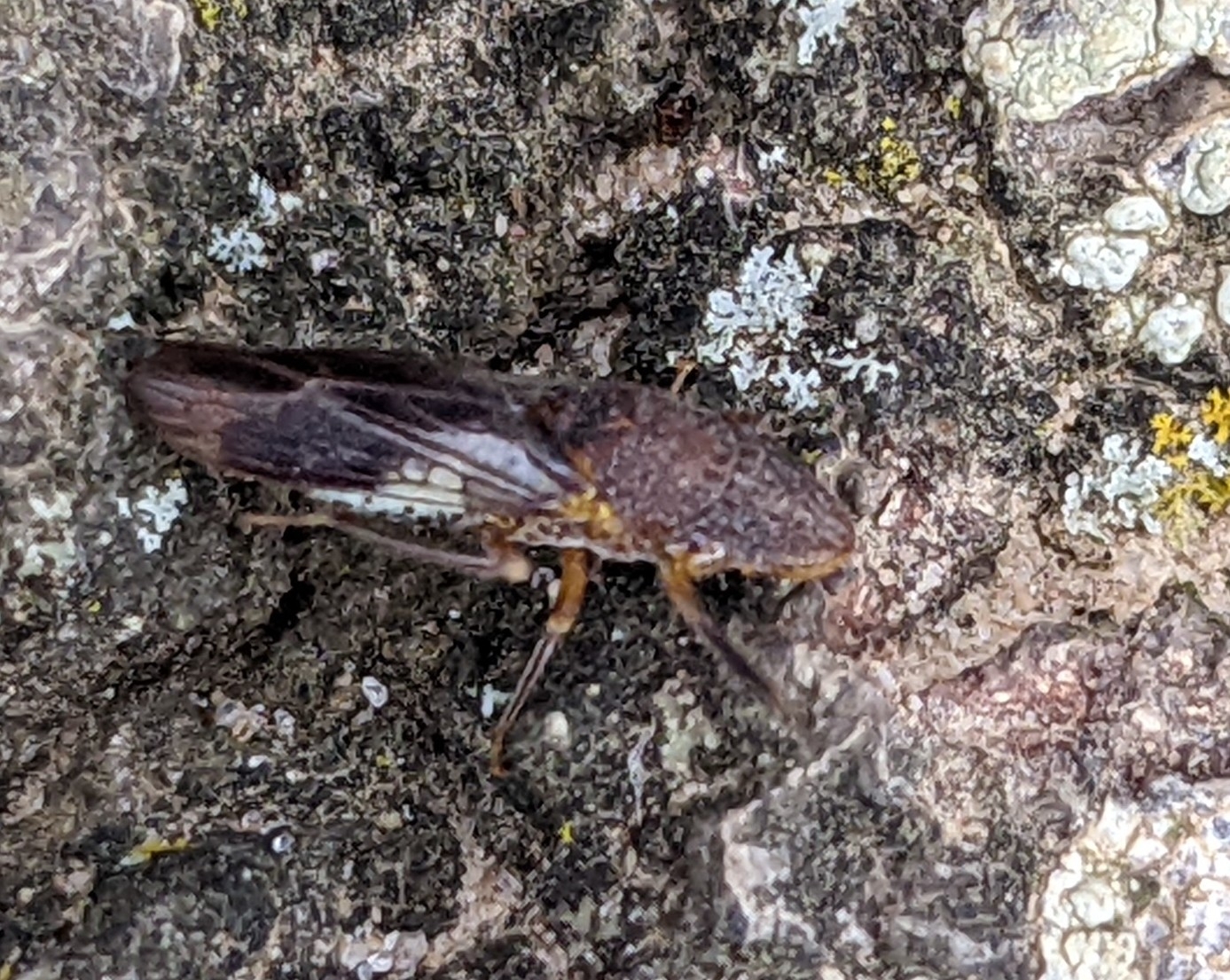 This species is a vector of phony peach disease virus and Pierce’s disease virus of grape in Georgia. Transmission of phony peach disease virus was first reported by Turner and Pollard (793) in 1955 under the name of 'Homalodisca triquetra (Fabricius) .' Eight definite and 8 probable cases of transmission were obtained in 203 trees tested. Later, in 1959, Turner and Pollard (795) confirmed transmission by this species under the name of 'Homalodisca coagulata (Say) .' Percent efficiency in experimental transmissions varied from 14.8 to 24.4. A higher percentage of transmission was obtained from plum than peach when these plants were used concurrently as sources of inoculum. Although the exact minimum acquisition feeding period was not obtained, there was evidence that 3 to 4 days were as adequate as longer periods. The latent period in the vector’s body varied considerably and in some tests was extremely long. During several tests in which leafhoppers were collected directly from peach trees in the field and placed on healthy trees, the latent period varied in the first test from 34 to 50 days, second test 58 to 85 days, and third test 86 to 110 days. The vector was most efficient in transmitting the virus in June as evidenced by 45-percent transmission obtained during that month in comparison to 18 percent in July and 12 percent in August.Kaloostian et al. (408) were first to confirm this species as a vector of Pierce’s disease virus of grape in Georgia in 1962. A 3-day virus acquisition and 21- to 105-day transmission feeding periods were reported. Earlier in 1957, Crall and Stover (148) obtained transmission of this virus, but they were unable to determine whether they were using coagulata, or insolita, or both species in their tests.(Nielson 1968)This species is considered the most important vector of phony peach disease virus in view of its direct association with peach orchards and its superiority over other species in ability to transmit the virus naturally. It is also considered an important vector of Pierce’s disease virus of grape in Georgia.(Nielson 1968) 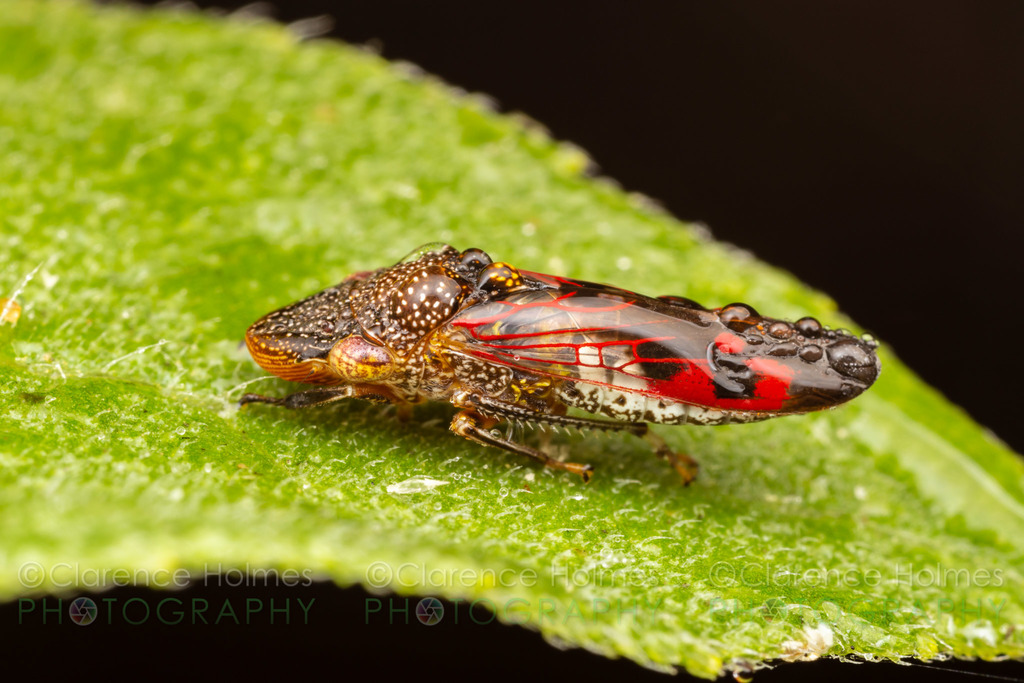 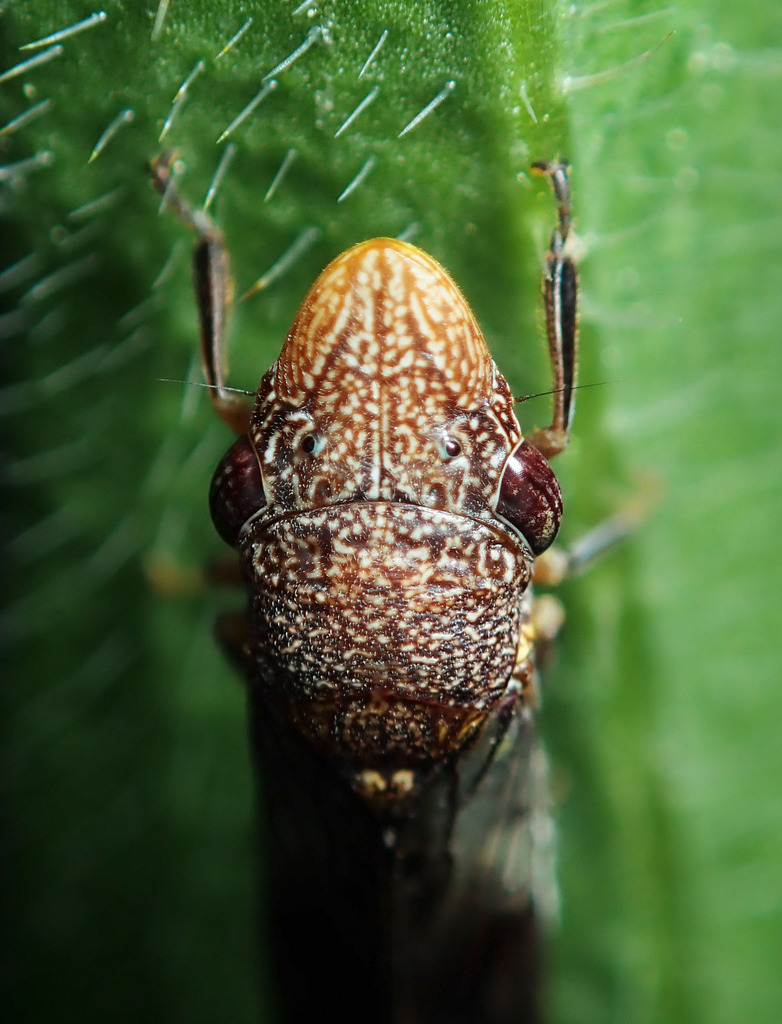 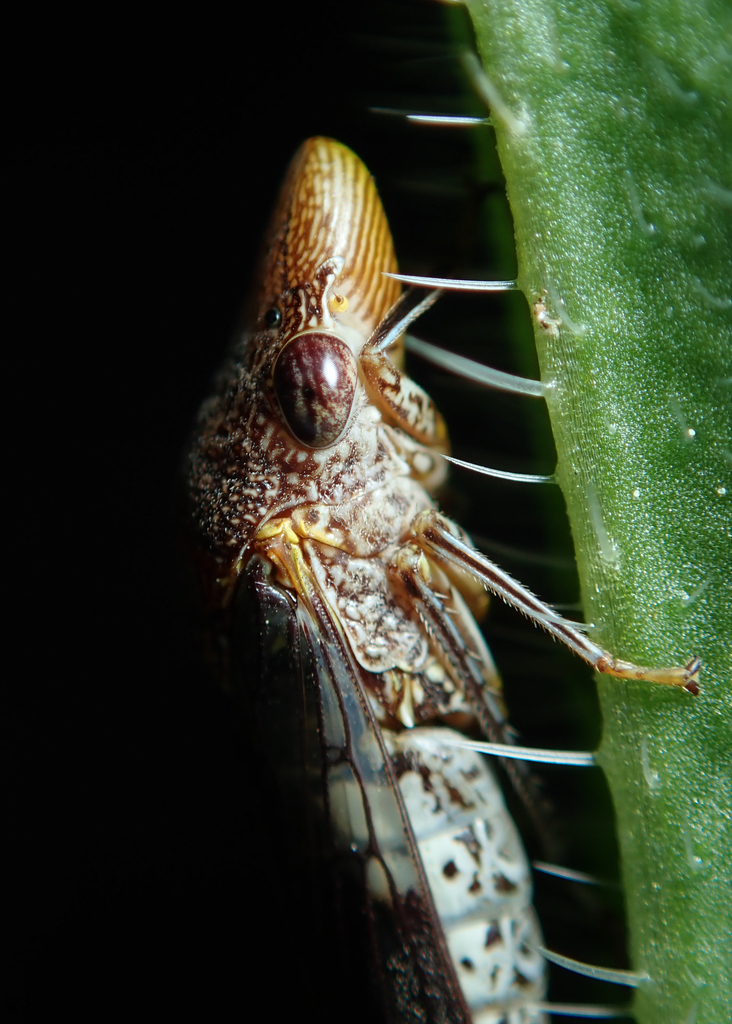 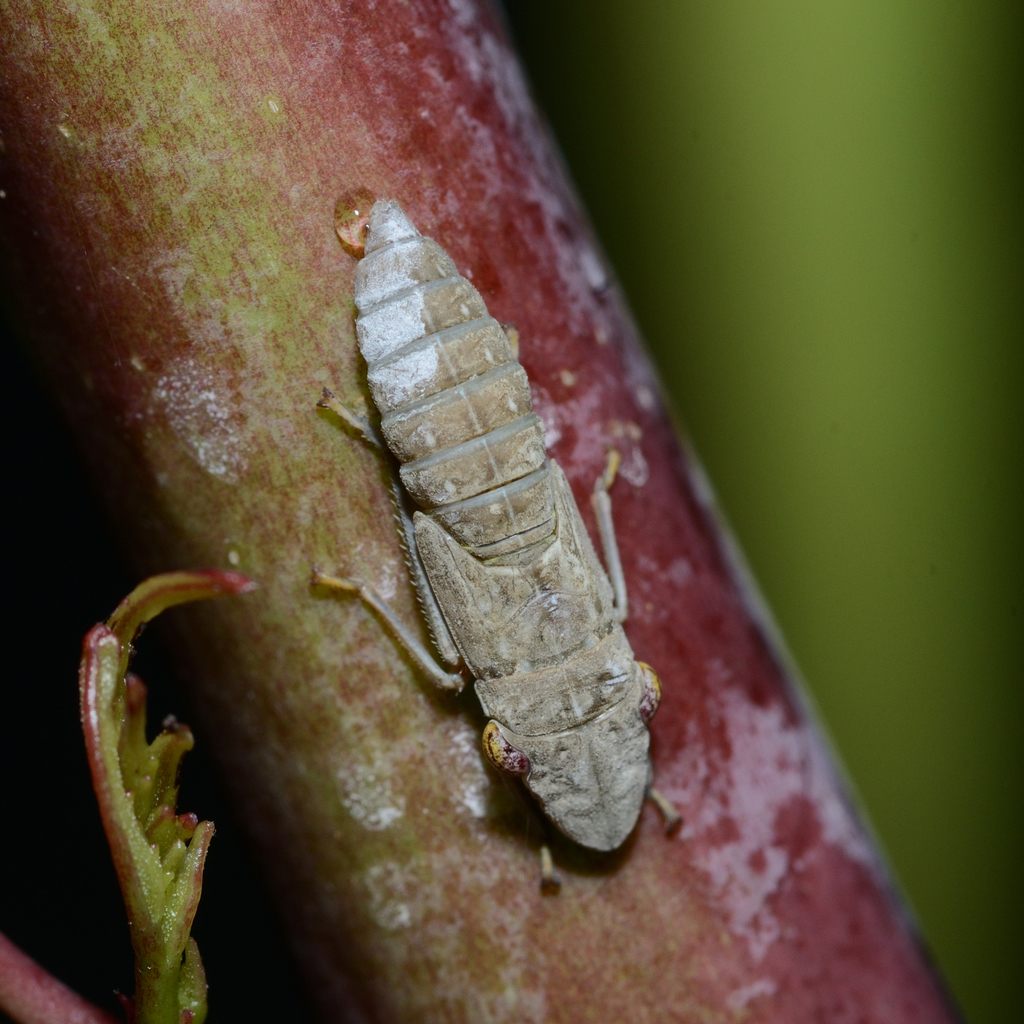 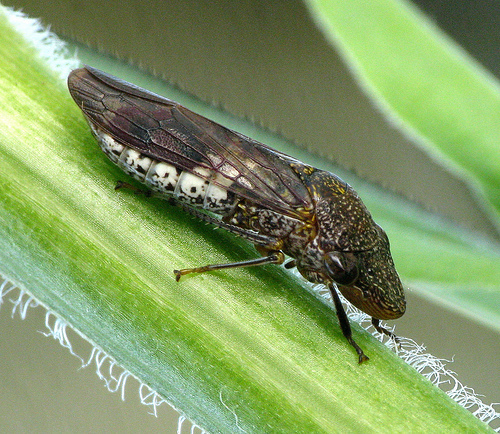 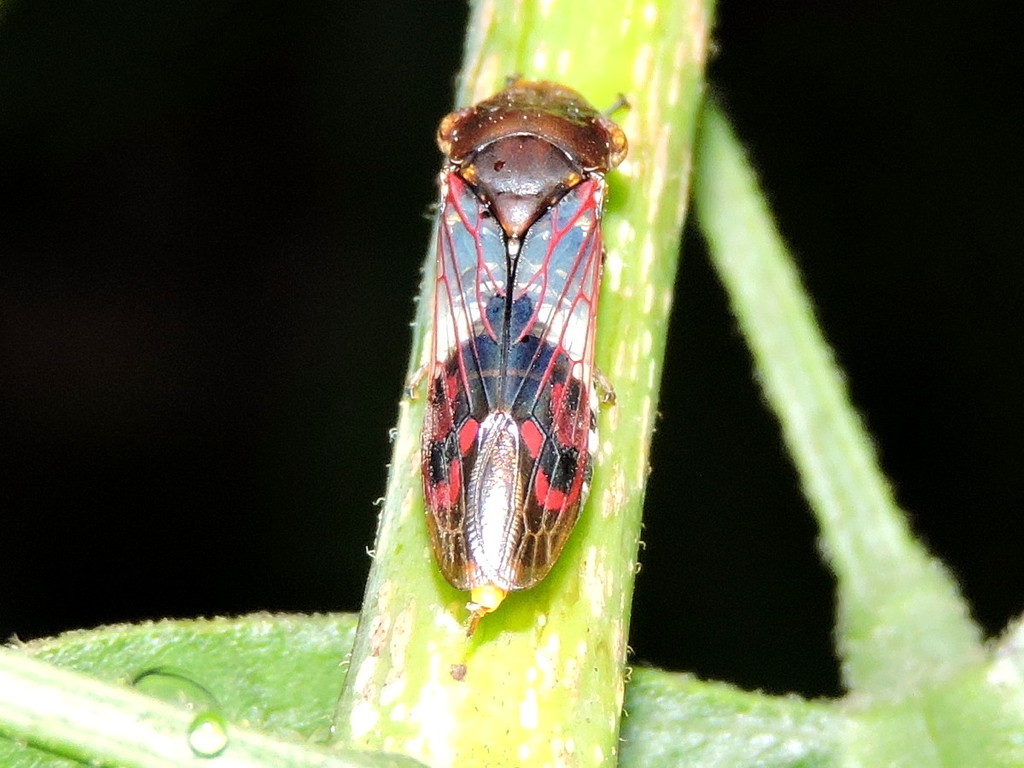 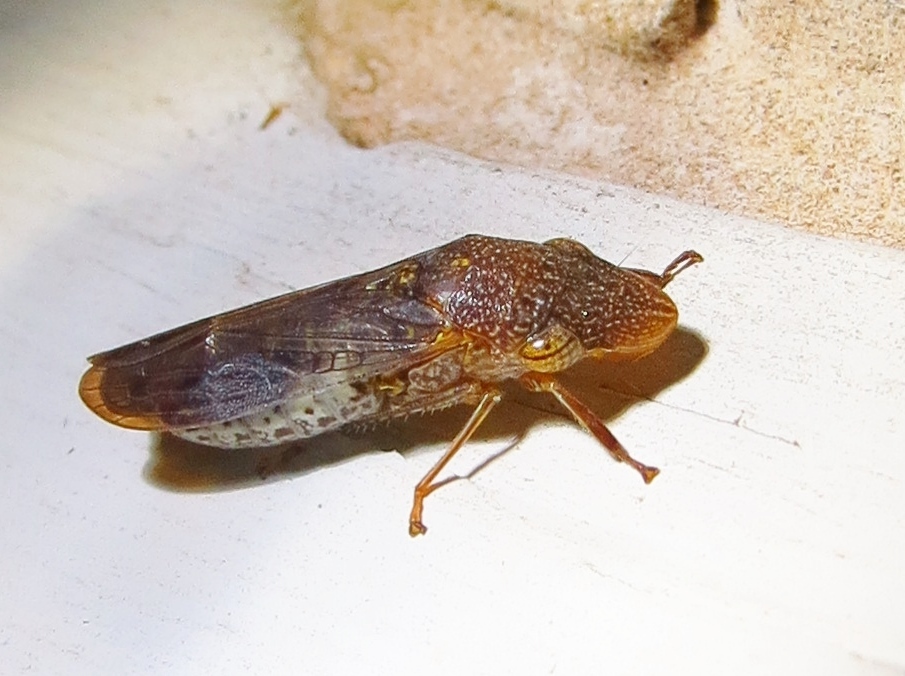 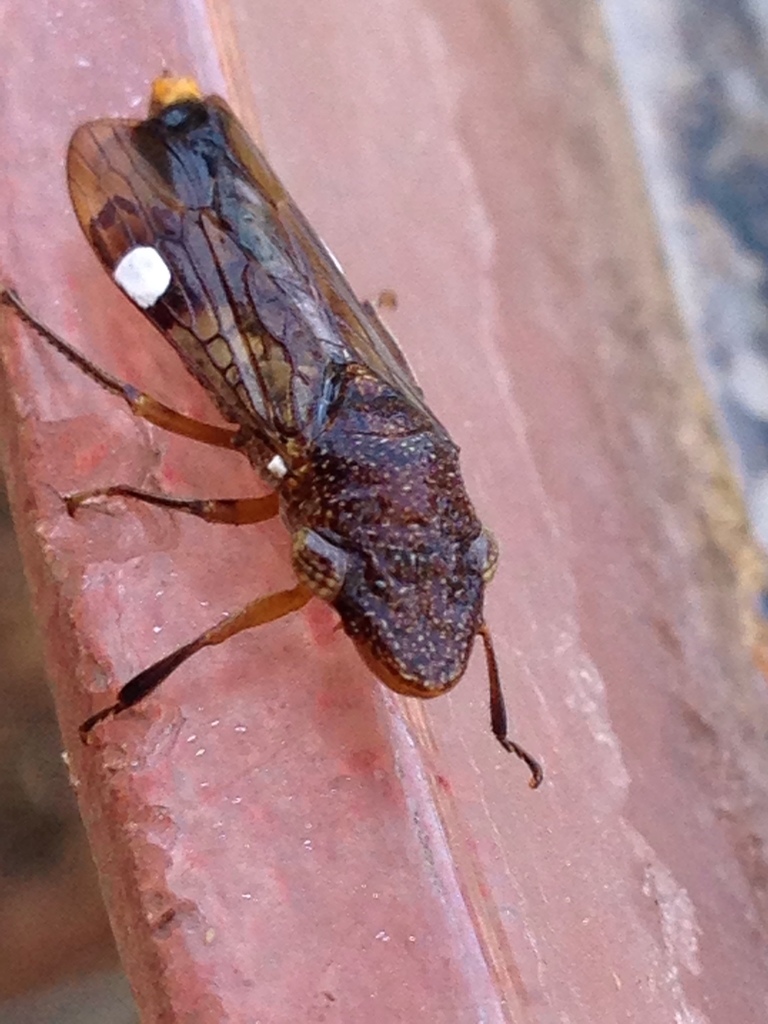 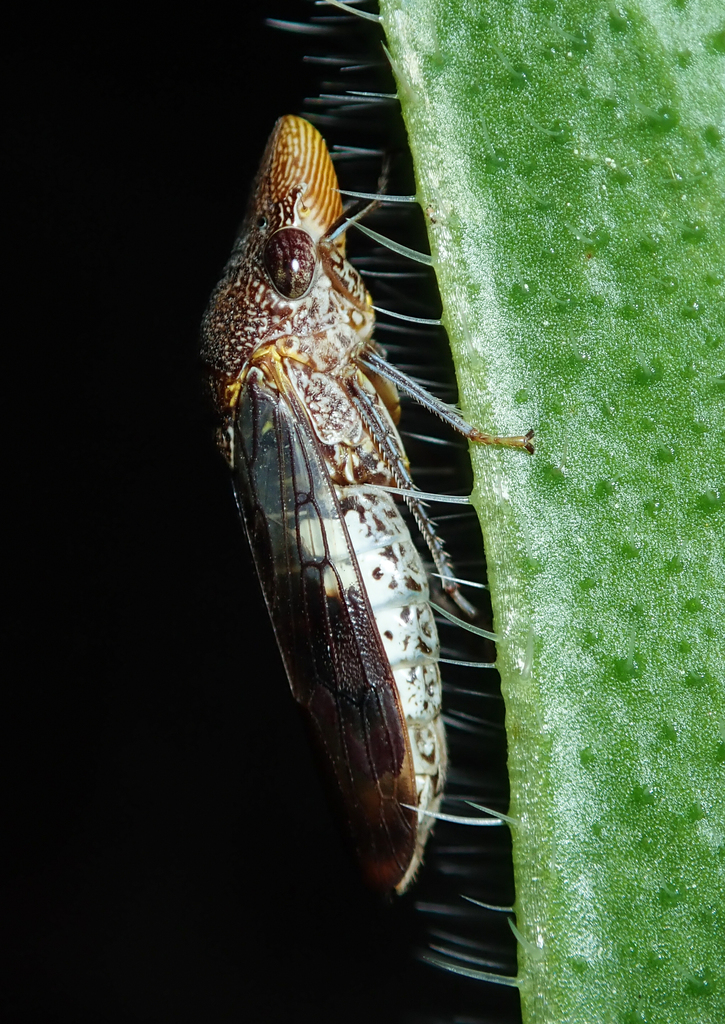